Don't Miss
Home / Media / LeBron James: ‘The Miami Heat Are Going to Be Contenders This Year’

LeBron James: ‘The Miami Heat Are Going to Be Contenders This Year’ 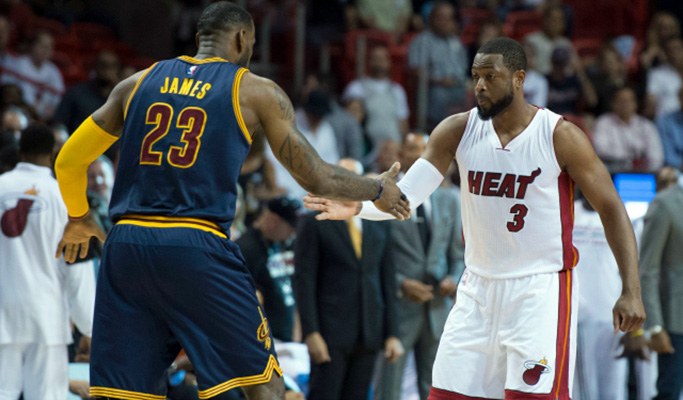 The restructuring of the Miami Heat is in good shape according to former Heat forward LeBron James, who said in a Sunday radio interview that the team was set to be a contender during the 2015-16 season.

James, who returned to the Cleveland Cavaliers last year after spending four seasons with the Heat, made the comments on Sirius XM’s Bleacher Report Radio, which was then reported by The Sun Sentinel. He particularly noted Miami’s solid draft pick up of Duke University’s Justise Winslow and the free agent signing of Gerald Green.

“I think Miami is doing some great things,” said James. “They’ve added some big pieces. They signed Amare (Stoudamire), I saw that…and the re-signing of (Goran) Dragic and C-B (Chris Bosh) coming back, one of my good friends, he’s coming back off of injury, and by getting D-Wade (Dwyane Wade) back, they’re going to be a contender.”

Noting how some teams, particularly the Atlanta Hawks, have been affected by free agency, James said that each season brings with it a new look that gives it an air of unpredictability.

“The landscape continues to change every year,” he said. “You see that. So many teams can be there. So many teams got better. Some teams that were good last year will probably fall off because they lost some integral pieces of their team. But you see every year, teams come, teams go.”

James also spoke about his continuing connection with Wade, who some believed would spurn the Heat to rejoin James in Cleveland. The two vacationed in the Caribbean with their wives, along with Carmelo Anthony, Chis Paul and their wives.

“We were on vacation far away,” James said. “Everyone says we were in the Bahamas, but we were like seven miles away from Atlantis. We took a boat out, got far, far away from the madness.”