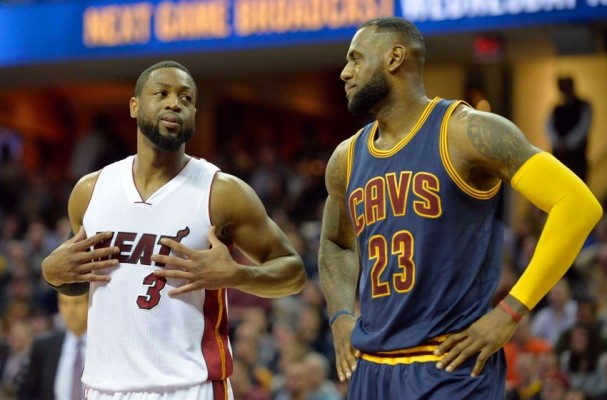 Dwyane Wade and the Miami Heat just got bounced from the NBA Playoffs. As tough as it is for Heat fans to admit, the team will not be facing off against old foe LeBron James in the Eastern Conference Finals this year. It’s sad to say, because it seemed like that was the matchup everyone around the NBA world was hoping for.

Even James wanted to face his old team. He’s been very public about how much fun it would have been to face off against Wade and the Heat. According to Ethan J. Skolnick of the Miami Herald, James even texted Wade before Sunday’s Game 7 matchup with the Toronto Raptors:

Dwyane Wade said LeBron texted him before the game. Just wishing luck. Of course they wanted to play each other. “I did what I could.”

If the two teams did indeed face off, it certainly would have made for exciting television. Wade and James have never faced off against each other in a playoff matchup and the fans would have been eager to see the former teammates and best friends go at it in a seven-game series.

It’s tough to say how a series like that would go, considering how well the Cleveland Cavaliers are playing as of late. If you also factor in how well the Heat play against James when he comes to Miami, you’d be looking at a dream matchup of NBA elites going head-to-head for a chance to win all the marbles. For now, it looks like we’ll have to wait until at least next year to see the matchup we’ve all been hoping for.
[xyz-ihs snippet=”Responsive-Ad”]