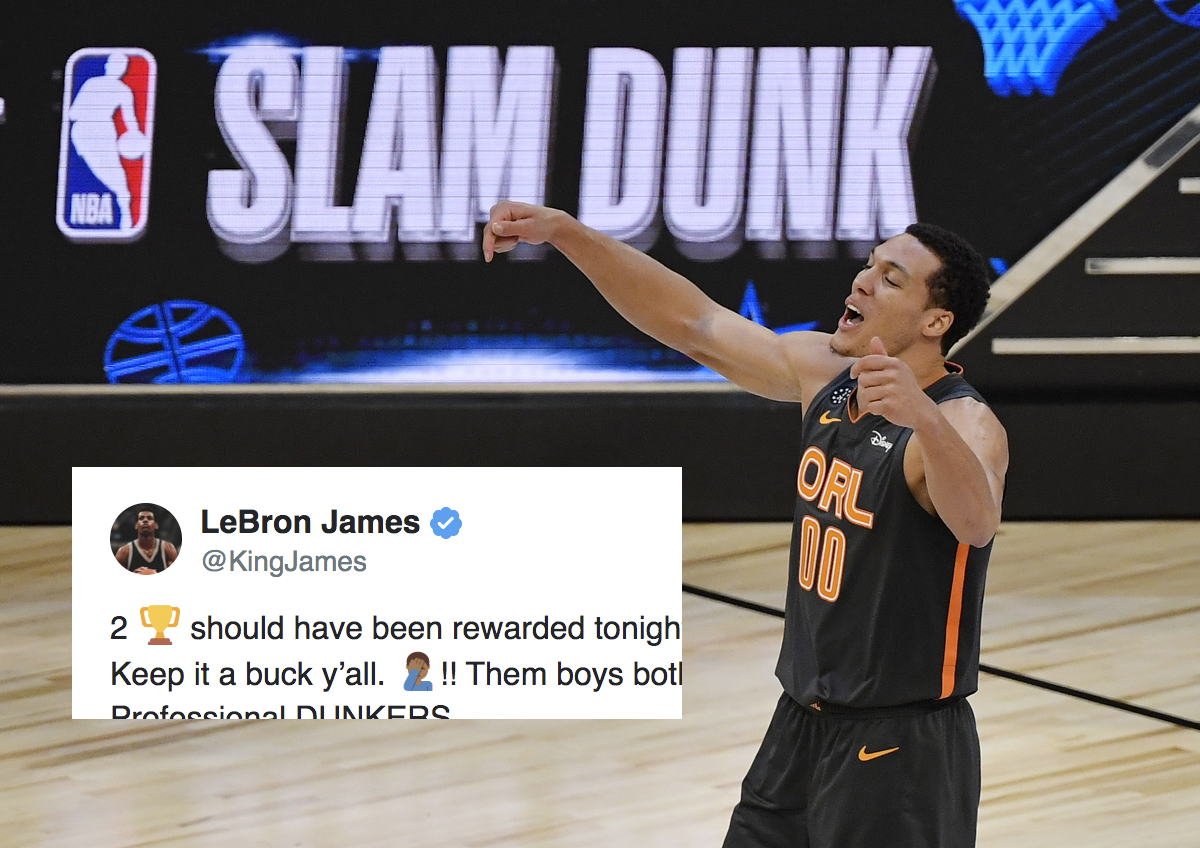 The controversy surrounding Saturday night’s Slam Dunk Contest resulted in plenty of comments about the judging of the event, with former Miami Heat forward LeBron James offering his take on social media.

2 ? should have been rewarded tonight that’s for damn sure!! Keep it a buck y’all. ??‍♂️!! Them boys both put on a show! Professional DUNKERS

James, who’s now in his second season as a member of the Los Angeles Lakers, watched the battle between Aaron Gordon, an Orlando Magic forward, and Miami Heat forward Derrick Jones Jr.

James’ tweet makes clear that he feels both players should have been declared co-champions.

The controversy involved the judging of the last of two tiebreaker dunks, with ESPN.com offering a description of what took place.

“Jones and Gordon each netted perfect 50s in the final and in the first dunk-off — setting up for the second tiebreaker,” wrote ESPN.com. “Jones took off from just inside the foul line and threw down a windmill jam with his left hand, drawing a 48 from the panel of five judges. Gordon, after a short discussion with Hall of Famer Shaquille O’Neal, brought out 7-foot-5 Boston Celtics rookie Tacko Fall and took the ball from Fall’s hands while jumping over him on the way to a thunderous dunk.

“The jam was met with gasps from the United Center crowd, but Gordon was awarded only a 47, giving the victory to Jones.”

In speaking about the controversy afterward, Jones did point to a flaw in Gordon’s dunk.

Gordon was, predictably, not happy about the result, especially after also having lost the 2016 competition to Zach LaVine, and declared he’d no longer take part in the event.

On Sunday, James shifted his focus to the All-Star Game itself, where he will lead his team against a squad led by Milwaukee Bucks superstar Giannis Anetetokounmpo. In his 16 previous trips to the event, James has been tabbed as the game’s Most Valuable Player three times.