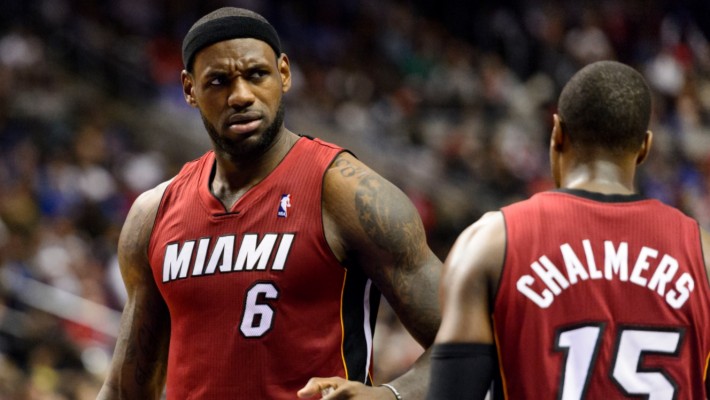 Miami Heat legend Dwyane Wade held an AMA on Friday, and one story to come out of it was almost too hilarious to believe.

According to Wade, former Heat star LeBron James once took $50,000 from former point guard Mario Chalmers while the two were playing cards together on the team’s plane.

.@KingJames once took $50K off @mchalmers15 on a team flight 💀 pic.twitter.com/RtcbhvVodz

While Chalmers made millions during his NBA career, James is well on his way to becoming a billionaire. It seems as though as least some of his earnings have come from dominating his teammates in cards.

Chalmers’ NBA career ended a couple of years ago, but James is still going strong as a member of the Los Angeles Lakers.

While the season is on hiatus at the moment, his Lakers teammates should take note of this story for when the NBA returns. Based on Wade’s story, they’d be wise to avoid playing James in cards whenever they’re enduring long flights across the country.

Though the Wade’s story may be a rough one for Chalmers to revisit, surely all three players involved have fond memories of one wild game of cards on the Heat’s plane all those years ago.