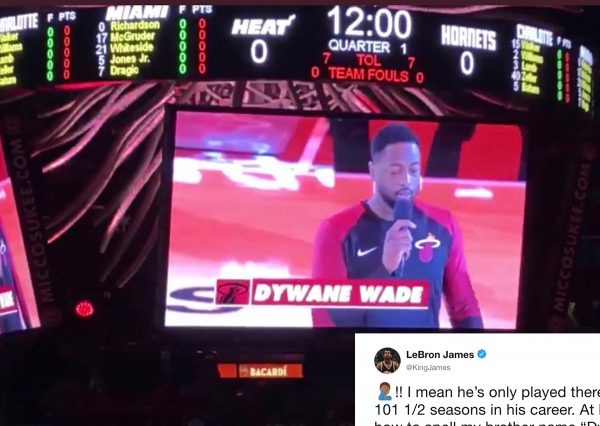 Miami Heat superstar Dwyane Wade wasn’t the only one that took notice of his name being misspelled on Saturday night.

James played for the Heat from 2010 to 2014 and helped the team reach four consecutive NBA Finals and capture two elusive NBA titles.

The erroneous misspelling of Wade’s name was actually during the Heat’s home opener against the Charlotte Hornets. It happened while the 36-year-old was addressing the crowd before the final home opener of his storied career.

The Heat will get another chance to spell their best player in franchise history’s name right when they face off against the Knicks on Wednesday night.
[xyz-ihs snippet=”HN-300×250-TextnImage”]