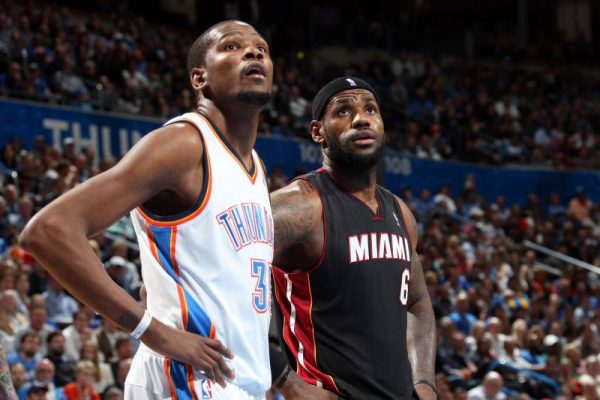 The full song that Los Angeles Lakers forward LeBron James and Golden State Warriors forward Kevin Durant made together during the 2011 NBA lockout has finally been released.

Producer Franky Stewart, aka Franky Wahoo, told Noisey in an interview that originally Durant was the only one that was supposed to show up.

“Originally it was only going to be Kevin Durant that was going to record, cause he did music and stuff, but then LeBron James ended up showing up,” said Wahoo.

During the 2017 NBA Finals, Wahoo released a 30-second preview of the song on Twitter and wrote that if it reached one million retweets, the full song would be released.

After this, Wahoo said that TMZ offered him a lot of money for the full song.

“So, I posted a snippet of it, then [said if we] got a million retweets I’d release it, knowing that we probably can’t leak it cause no one wants to deal with that,” said Wahoo. “But I thought I’d have some fun so I did it and after we leaked it, people like TMZ reached out offering $250,000.”

James and Durant wound up facing each other in the NBA Finals where the Heat beat the Thunder in five games, winning their second championship in franchise history. In that series, James averaged 28.6 points, 10.2 rebounds and 7.4 assists while being named Finals MVP.

James and Durant have played each other a total of 14 times in the playoffs, with all those games coming in the Finals. Durant currently leads the head-to-head record 9-5.
[xyz-ihs snippet=”HN-300×250-TextnImage”]