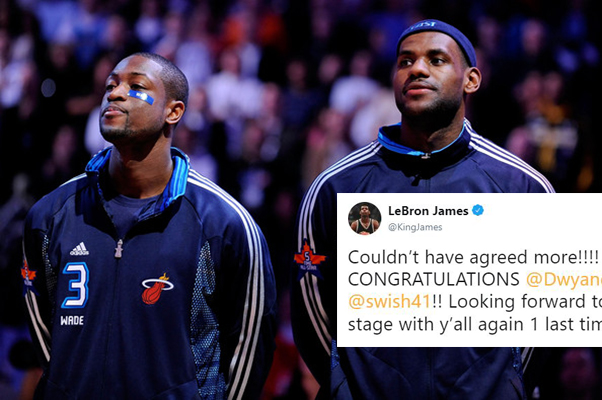 This is the 13th All-Star selection for Wade in his 16-year NBA career. In the All-Star games that he has played in, Wade has averaged 16.5 points, 3.7 rebounds and 4.9 assists per game.

Wade had previously said that he didn’t think that he deserved a spot on the team and that his potential roster spot should be given to others in search of their first-ever selection.

James and Wade played together on the Heat for a total of four season (2010-14), making the NBA Finals four straight times while winning two NBA championships.

The Marquette University product is averaging 13.8 points, 3.7 rebounds and 4.3 assists per game this season in 39 games (no starts).

It will be interesting to see if James, who is one of the two captains of the All-Star Game this year, ends up selecting Wade so that the two can be on the same team together one last time before Wade retires.