When LeBron James took his talents to South Beach to join the Miami Heat in 2010, he was heavily criticized.

One of those who threw shade at him was the Orlando Magic’s general manager at the time, Otis Smith.

James got back at Smith by erupting for 51 points against the Magic during the 2010-11 season. The four-time champ recently reminded everyone of that act of revenge via social media. 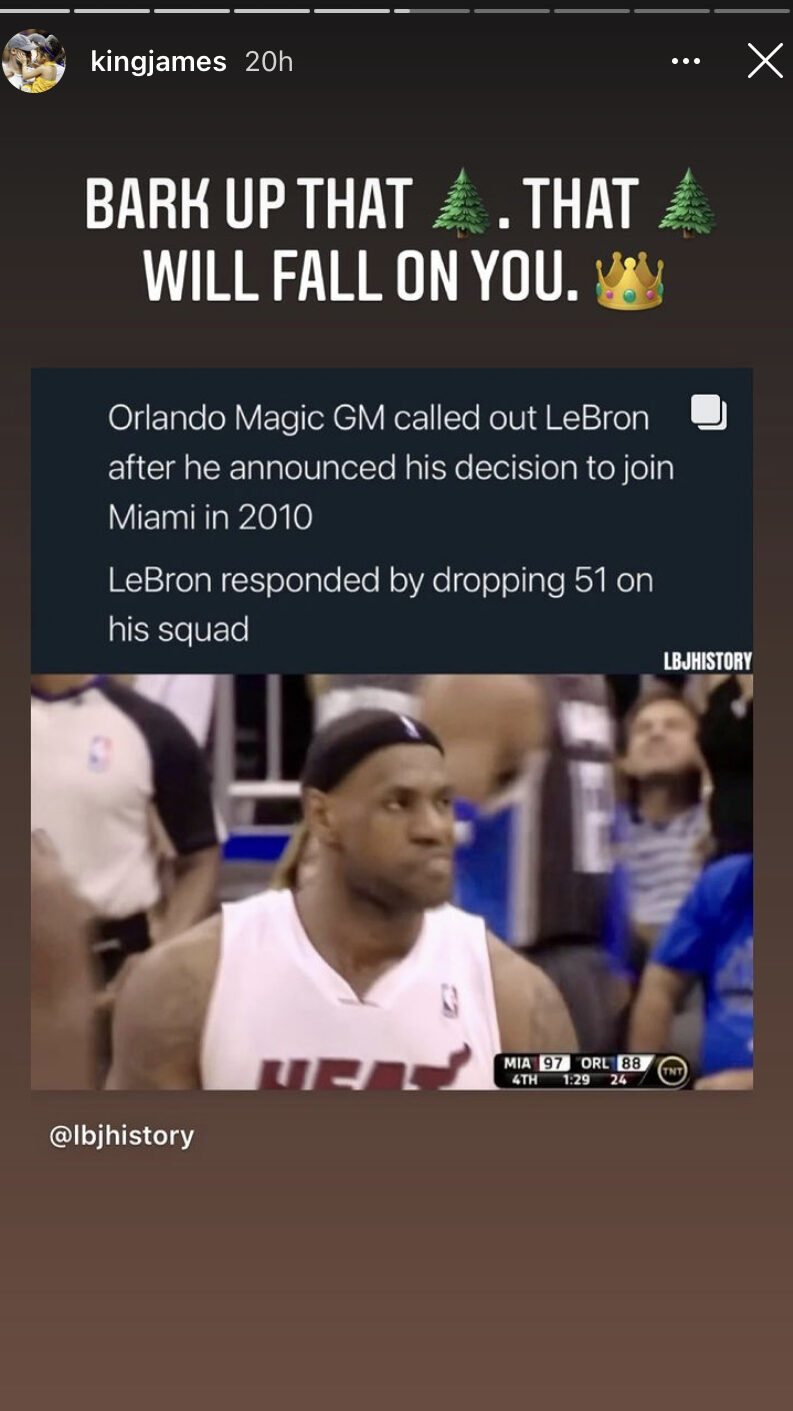 James’ decision to leave the Cleveland Cavaliers to become a member of the Heat made him public enemy number one throughout the 2010-11 season.

However, he bounced back by leading Miami to back-to-back NBA championships in 2012 and 2013.

James has learned how to use people’s slights against him as motivation in the same way that Michael Jordan and Kobe Bryant once did.

The Akron, Ohio native is now on a mission for his fifth championship ring. Surely, he’ll use the criticism he receives these days to help motivate him towards that goal.