Lamar Odom to Get Into Marijuana Business 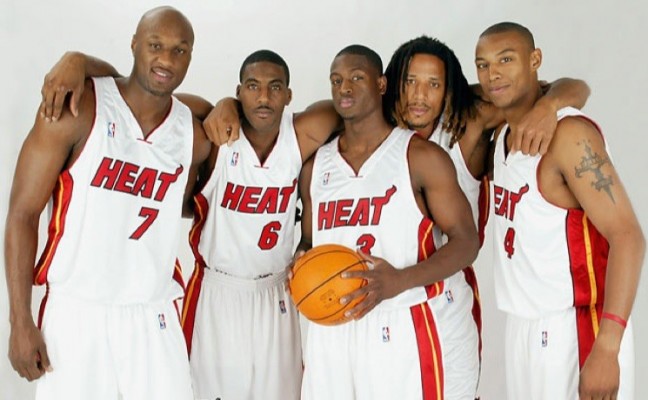 Lamar Odom, a two-time NBA champion and former Miami Heat starter, is planning on getting into the marijuana business.

According to an interview with TheBlast.com, Odom says he realized the good marijuana could do while he was recovering from a substance abuse problem. In October of 2015, Odom was forced into a coma after overdosing.

His product will be called Rich Soil Organics and will be launched later this year in California.

In the interview, Odom spoke about how the business venture arose:

“Friends, associates, and ex-teammates asked me what solutions I was using on my road back to recovery, and that’s when Rich Soil Organics was born,” said Odom. “It’s a perfect time to offer these Cannabis solutions to the public who may be going through similar body issues as I am.”

The 38-year-old played one season in Miami (2003-04), averaging 17.1 points, 9.7 rebounds and 4.1 assists per game as the Heat made it to the Eastern Conference semifinals where they lost to the Indiana Pacers. Odom was then traded, along with Brian Grant, Caron Butler, and a first-round pick to the Los Angeles Lakers for Shaquille O’Neal.
[xyz-ihs snippet=”HN-300×250-TextnImage”]