Miami Heat Rookie Says He Was Hardcore LeBron James Fan: ‘I Followed LeBron Wherever He Went’ 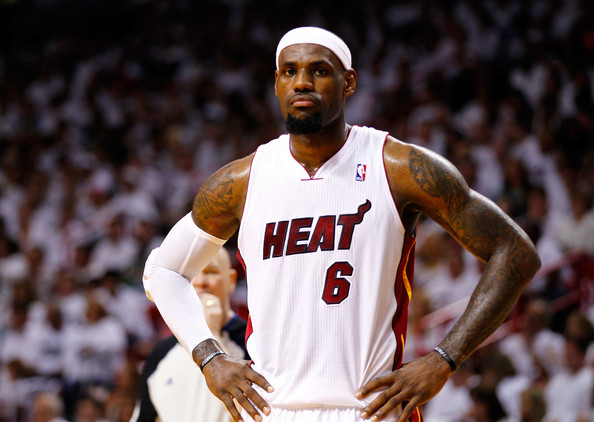 Miami Heat rookie KZ Okpala’s affinity for four-time MVP LeBron James led him to love the Heat long before he came to Miami.

Okpala recently joined Five Reasons Sports Network’s “Five on the Floor,” and shared how he followed James wherever he went, including the Heat.

Okpala, 21, was not even a teenager when James arrived to Miami.

However, James gave Heat fans numerous memories that are hard to forget about.

The superstar’s stint with the Heat was filled with tons of success. James led the Heat to four consecutive NBA Finals, two championships and the second-longest winning streak in league history.

Now, Okpala has a chance to be a part of a long playoff run with the 2019-20 Heat squad. The Heat currently hold the No. 4 spot in the Eastern Conference.

The youngster is unlikely to get minutes in Orlando, Fla. when the season resumes, though. He’s only played in five games this season.

The majority of the small forward’s playing time this past year has come with the Heat’s G League affiliate Sioux Falls Skyforce. Okpala put up 11.7 points, 7.0 boards and 1.4 steals in 28.6 minutes per game this season for the Skyforce.

With the Heat and Los Angeles Lakers staying in the same hotel in Orlando, Fla. later this summer, Okpala may run into James and get some advice from him.