Kevin Durant Bumps Dwyane Wade Out of Top 10 With Performance vs. Houston Rockets 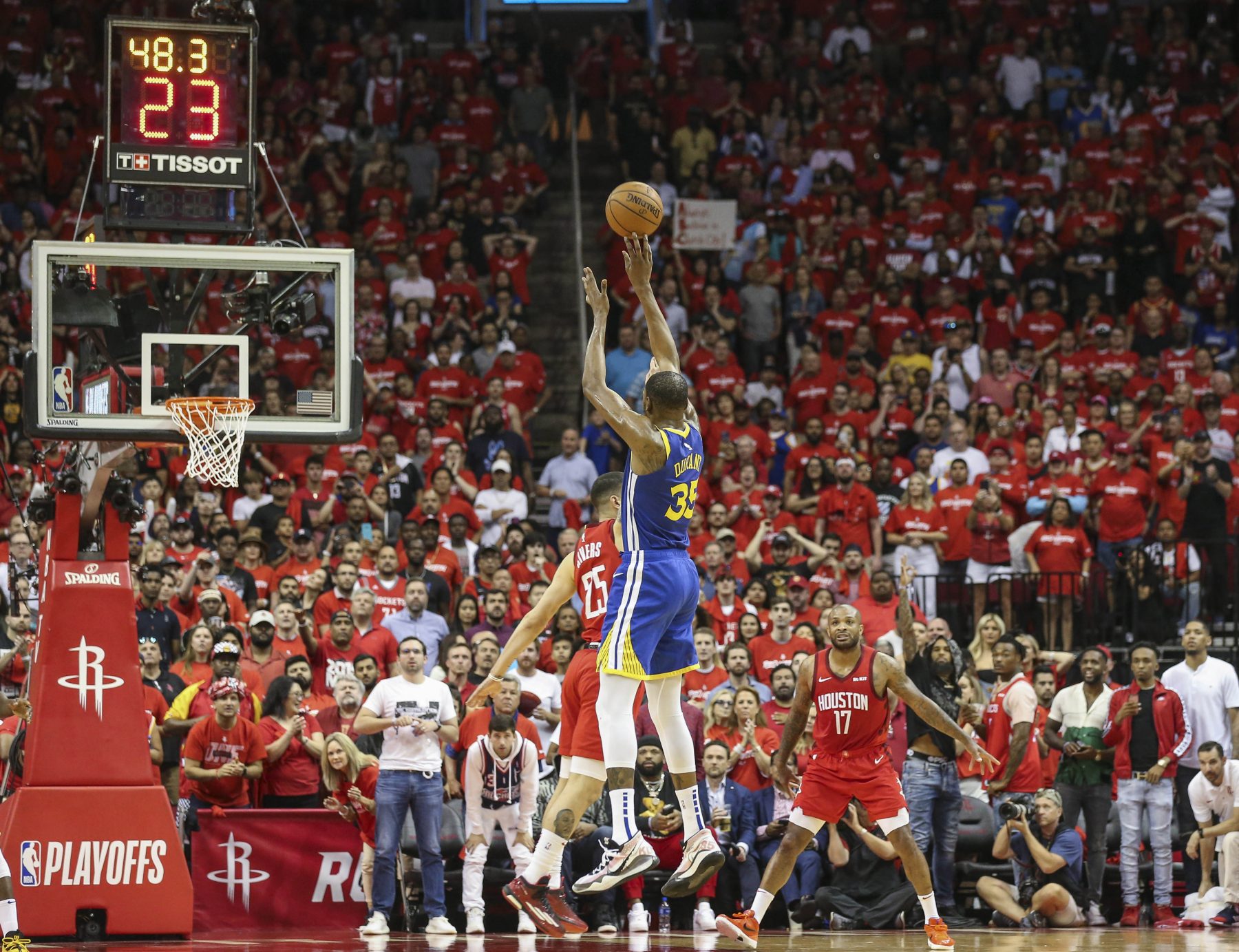 In Wade’s 16 seasons in the league, he played in 177 postseason contests, all but six as a member of the Heat. He averaged 22.3 points per game, with his two highest years of production in this category coming during the 2006 and 2012 playoffs.

Not surprisingly, the Heat won two of their three NBA titles in those campaigns, with Wade’s 654 points in 2006 the highest for that year’s postseason.

Durant is currently in his 12th NBA season and finished his playoff game against the Houston Rockets on Saturday night with 46 points to give him 3,976 points in 136 postseason contests. He’s averaged 29.2 points in those games, the first 91 of those contests coming as a member of the Oklahoma City Thunder. If the Warriors win their third consecutive league title this year, he’ll match Wade’s number of championship rings.

One other thing that Wade and Durant will definitely have in common in the future is that both are destined to be enshrined in the Basketball Hall of Fame. Wade’s entry will come sooner given his newly retired status, with his election certain to take place once he becomes eligible.

With respect to Durant, retirement appears to be a number of years away from even being under consideration.
[xyz-ihs snippet=”HN-300×250-TextnImage”]