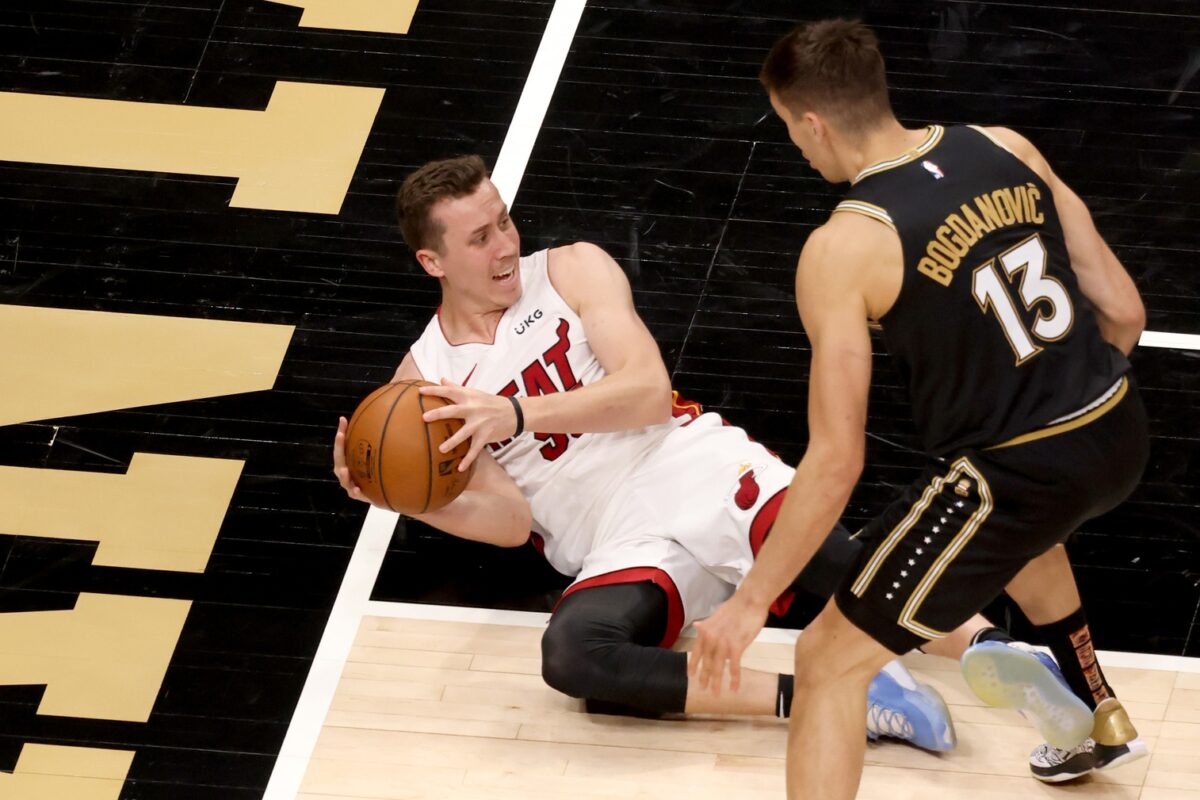 Miami is currently the No. 7 seed in the Eastern Conference, but the loss to Atlanta dropped it two games behind the Hawks in the standings.

After the loss, former NBA player and current NBA analyst Kendrick Perkins took a shot at the Heat on Twitter.

I guess the Miami Heat think since the had nice run last season that teams are supposed to be scared of them! The performance they are displaying tonight is HORRIBLE!!! No Trae or Clint and the Hawks are giving them a straight spanking tonight. Carry the hell on…

The Heat made the NBA Finals last season despite being the No. 5 seed in the Eastern Conference.

However, Miami has struggled to stay much above .500 this season, and it is becoming harder to see a path to another NBA Finals appearance.

If the Heat remain in the No. 7 spot, they will be forced to play in the NBA’s play-in tournament for a spot in the playoffs.

From there, Miami would likely be looking at a matchup with either the Milwaukee Bucks, Brooklyn Nets or Philadelphia 76ers in the first round.

The Heat have shown they can knock of top seeds like they did last season, but their road to the NBA Finals will certainly have some challenges this coming postseason.