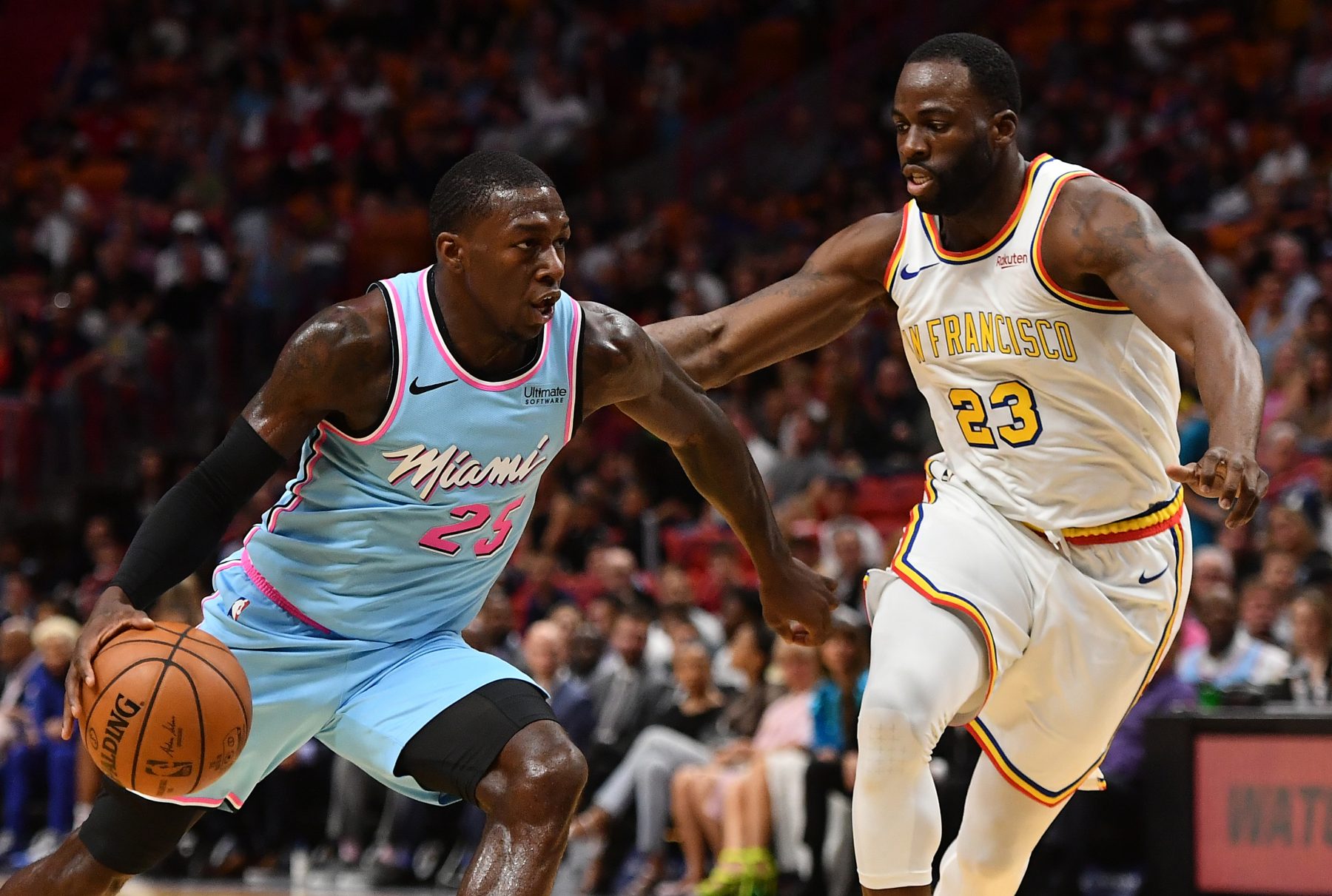 The emergence of Miami Heat guard Kendrick Nunn has provided the team with an early and unexpected boost.

As it turns out, he could have just as likely offered his talents to another team in the NBA. Per a recent report, Nunn considered signing with an unnamed NBA team at the end of last season.

Barry Jackson of the Miami Herald looked at how the Heat were able to sign an undrafted player like Nunn and turn him into an effective rotation player in quick fashion. The franchise’s reputation for helping players develop into solid pros appears to have served as a large part of the reason for the newcomer’s ultimate decision to sign.

“Two teams (Miami and another that was never revealed publicly) wanted Nunn to sign on the final day of the season, but Nunn chose Miami largely because of the Heat’s success developing young players,” Jackson wrote.

“’When you’re playing in the G-League, you are going to take whatever team is going to come get you,’ Nunn said.

“He also considered delaying a decision on any team until after summer league, but ultimately opted for the security of a partially guaranteed contract with a team known for player development.”

The 24-year-old Nunn has started all 19 of the Heat’s games this season and has contributed to their fast 14-5 start. The rookie is averaging 29.1 minutes on the court per game, while averaging 16.1 points, 3.2 assists and 2.4 rebounds per contest.

Despite going undrafted in 2018, Nunn was not an unknown commodity, having averaged 25.9 points, 4.7 rebounds and 3.8 assists per game during his only season at Oakland University. The likely reason that he wasn’t selected stemmed from an off-the-court situation at the University of Illinois, where he played for three years.

Nunn signed as a free agent with the Golden State Warriors and then played on both their Summer League and G League teams. The Heat were impressed by Nunn’s talent in those games during the summer of 2018 and kept an eye on him during last season.

The combination of the Warriors’ roster moves and Nunn’s reserve role in the G League made it easier for the Heat to then take a chance by signing him at the end of last season. Heat head coach Erik Spoelstra took note of the focus and work ethic displayed by Nunn once he was under contract with the Heat.

“He impressed me with his maturity, his seriousness and approach to getting better,” Spoelstra said. “Week after week, he worked to get in world-class shape for summer league and then played stellar basketball, winning basketball during summer league, being a go-to player for our team. I thought he could have been MVP of (Las) Vegas.”

The Heat are currently reaping the benefits of Nunn’s hard work and development so far in his young NBA career.

Their main focus right now is keeping a good thing going, with the team playing back-to-back road games against the Toronto Raptors on Tuesday and Boston Celtics on Wednesday night.