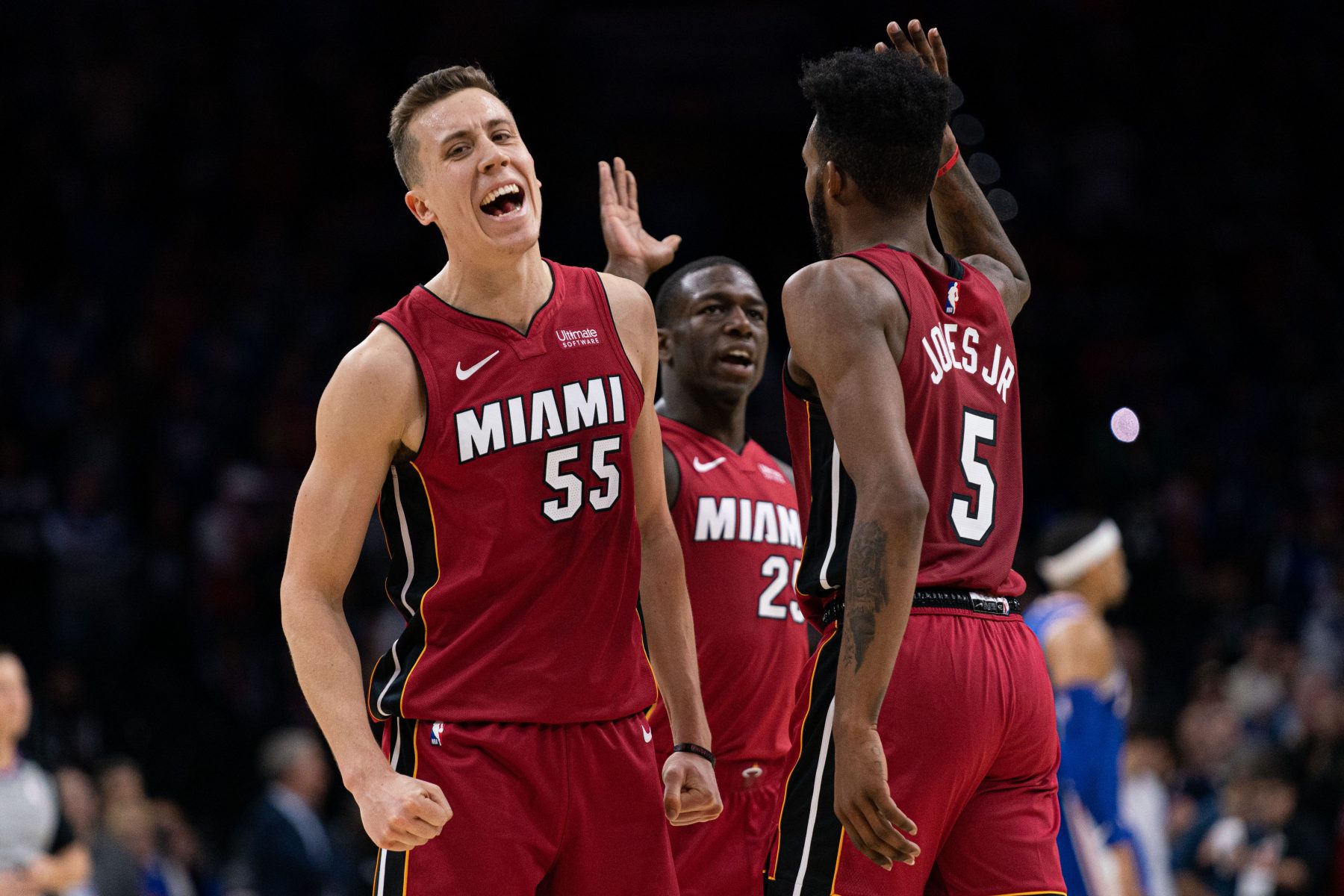 Two of the brightest shining stars for the Miami Heat this season have been youngsters Duncan Robinson and Kendrick Nunn.

On Tuesday, both Nunn and Robinson will finally be able to say for certain that they’ll be with the Heat for the remainder of the season. That’s because Tuesday marks the day when their contracts will become fully guaranteed.

Duncan and Nunn recently reacted to that development, speaking with the confidence and humility that both have become known for.

Considering the fact that Nunn has been in the Heat’s starting rotation since opening night, it shouldn’t come as a shock that the team wants to keep him around. Still, he’s taking his success in stride.

“It’s another box you’re trying to check,” he said.

Robinson echoed that sentiment, essentially saying that he’s taking his breakout season one day at a time.

“I would say it’s just another milestone,” Robinson said of having his salary fully guaranteed. “It’s another date you’re trying to get to. I feel like if I just focus on doing my job and just focus on winning games, then that stuff will take care of itself.”

He then reacted to the fact that his checks continue to grow in amount.

“I hope I never get used to that or that it ever becomes normal,” he said of a pay stub with so many zeros. “Well, I guess I hope it does. Well, you know what I mean: I hope I have the perspective to appreciate that it’s not normal. Every two weeks, I just try to be appreciative of it.”

Nunn and Robinson are both earning the NBA minimum for players with a previous season of experience in the NBA. While the actual NBA guaranteed deadline is Jan. 10, players must first clear the 48-hour waiver period, which requires moves to be made by Tuesday evening.

While the Heat could waive either player, the chances of that are slim to none considering their current statuses as starters.

Despite the cause for celebration, Robinson is already looking ahead to the next game.

“Nah, just try to lock in on trying to take care of Indy,” Robinson said when asked if he planned to celebrate the occasion.

As for Nunn, he’s filled with both pride and gratitude.

“Definitely. I mean it’s been a grind, I worked hard for it,” he said, having gone undrafted out of Oakland University in 2018. “Everything is coming together for me. I’m just blessed to be in that situation.”

While Robinson and Nunn are clearly counting their blessings, so too are the Heat for having found the two talented neophytes.