Kendrick Nunn Discusses Powerful Reason Why He Wears No. 25 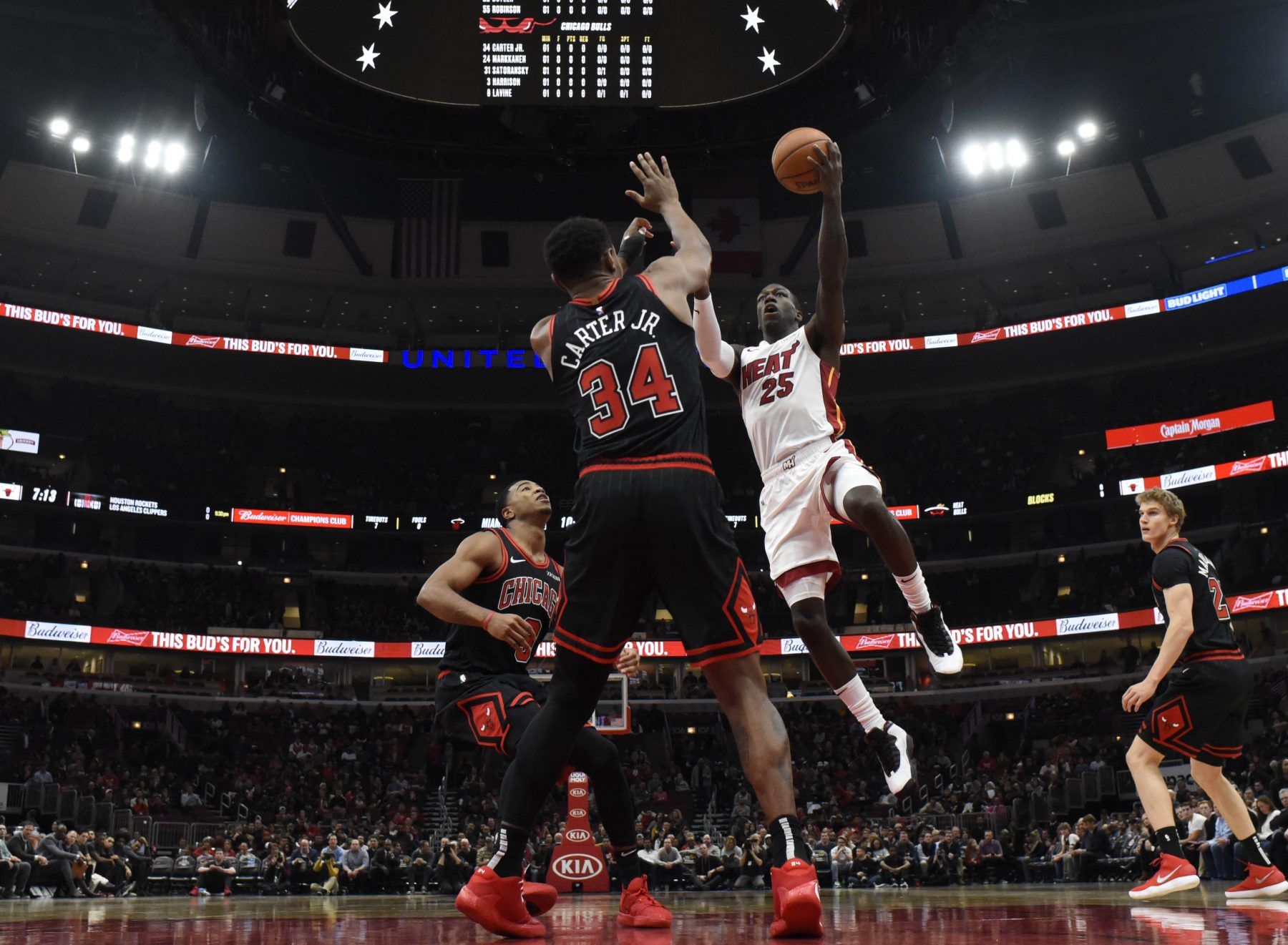 The basketball world is getting to know a lot more about Miami Heat rookie sensation Kendrick Nunn these days. Recently, the rising star opened up about why he wears No. 25.

When the Heat faced the Chicago Bulls last Thursday, it was 35 years to the day that Ben Wilson, a Chicago prep hoops legend and a Simeon High School teammate of Nunn’s father, was killed.

Wilson was only 17 at the time and a senior who was ranked as the nation’s No. 1 prep prospect.

“It was a sad day, a sad year and it’s pretty much always sad, and this is 35 years ago. So for my son to come back to Chitown, him and [Atlanta Hawks forward] Jabari Parker, they’re just keeping that Simeon tradition alive.”

Nunn’s No. 25 is a tribute to Wilson. It’s the same reason the Detroit Pistons’ Derrick Rose, also a Chicago Simeon alumnus, wears the number.

“That’s huge man. I’m still carrying the legacy myself so that’s huge for me,” Nunn said. “When I was in high school that’s when I first really found out about it and learned the history about Simeon and Benji and then watching the documentary when it came out, the 30 for 30.”

“Benji” is the title of the ESPN 30 for 30 documentary which tells Wilson’s story. It became the catalyst for the Heat rookie to carry on the legacy of the departed Chicago legend.

The Heat’s 24-year-old phenom is proudly carrying the torch for both Wilson and their alma mater. He is currently averaging 17.6 points, 3.3 assists and 1.4 steals per game, and is considered one of the league’s top rookies this season.