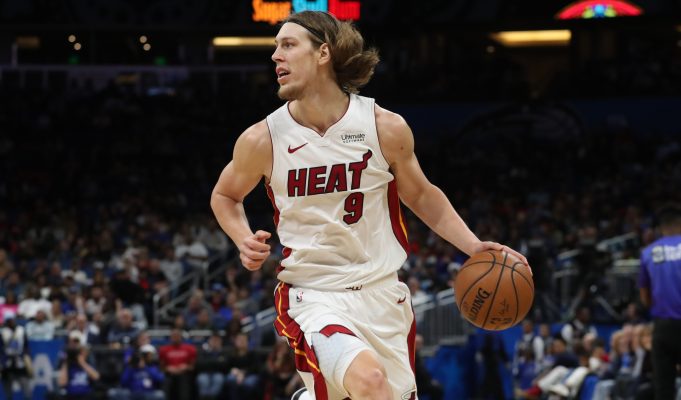 The Miami Heat have one of the deepest rotations in the entire NBA, with 13 different players averaging at least 15.0 minutes per game, and big man Kelly Olynyk explained how having so many options can lead to confusion for himself and his teammates.

“It’s different. It’s tough,” said Olynyk. “It’s tough mentally on some people. It’s tough physically. You never know what’s going on. And you kind of just got to find something that works and just grind it out. I guess the beauty of it is you have a lot of options, you have a plethora of options. You can go one of a thousand ways.”

After being a staple in the rotation early on in the season, Olynyk has found himself getting phased out of the rotation in recent games.

In the Heat’s past six games, the 27-year-old forward has averaged just 12.0 minutes per game. In the Heat’s most recent game, which was on Monday night against his former team, the Boston Celtics, Olynyk was an active scratch for just the second time in his Heat career, both of which have come this season.

Even though he hasn’t been playing as much as he’s used to, Olynyk is still keeping an upbeat attitude.

The Gonzaga University product is in the second year of a four-year, $50 million deal he signed with the Heat in the summer of 2017. So far this season, Olynyk is averaging 9.0 points, 4.2 rebounds and 1.7 assists per game while shooting 32.6 percent from three.

It will be interesting to see if Heat head coach Erik Spoelstra is able to find more minutes for Olynyk, who offers a different play style from that of Bam Adebayo and Hassan Whiteside, as the season goes on.
[xyz-ihs snippet=”HN-300×250-TextnImage”]