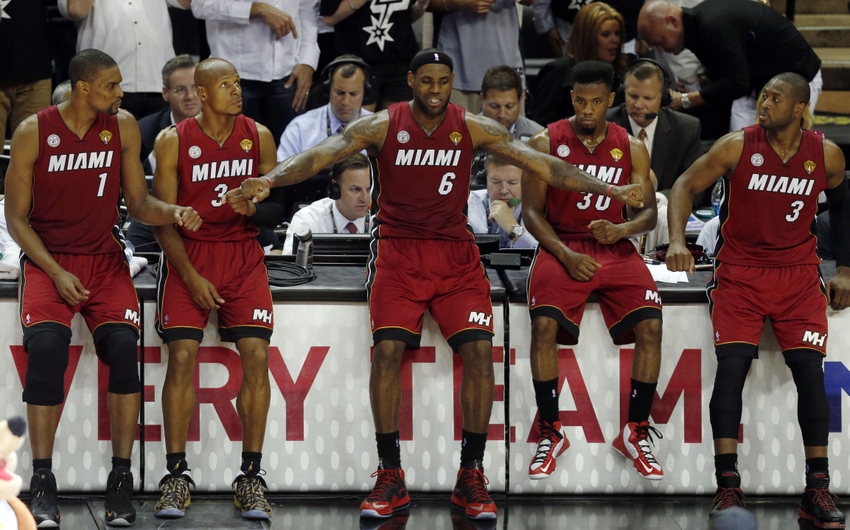 As the Golden State Warriors’ dynasty has headlined the current part of this decade, many have forgotten how dominant the Big 3 Miami Heat teams were.

However, Toronto Raptors forward Kawhi Leonard, who had plenty of battles with them, offered high praise for the 2013 Heat squad.

Leonard, 27, faced the Heat in the 2013 and 2014 NBA Finals as a member of the San Antonio Spurs. Although he was just a sophomore back then, superstars LeBron James and Dwyane Wade were in their primes and nearly unstoppable together.

During the 2013 NBA Finals, James averaged 25.3 points, 10.9 rebounds and 7.0 assists per game. The forward willed the Heat back from a 3-2 deficit and captured Finals MVP honors in the process. The crushing defeat left the Spurs hungry to get revenge on the Heat and win another championship before legend Tim Duncan retired.

Led by Leonard in the 2014 Finals, the story went much differently as the Spurs outworked and outplayed the Heat. The 6-foot-7 forward recorded 17.8 points and 6.4 rebounds per contest to earn his first championship and Finals MVP award.
[xyz-ihs snippet=”HN-300×250-TextnImage”]