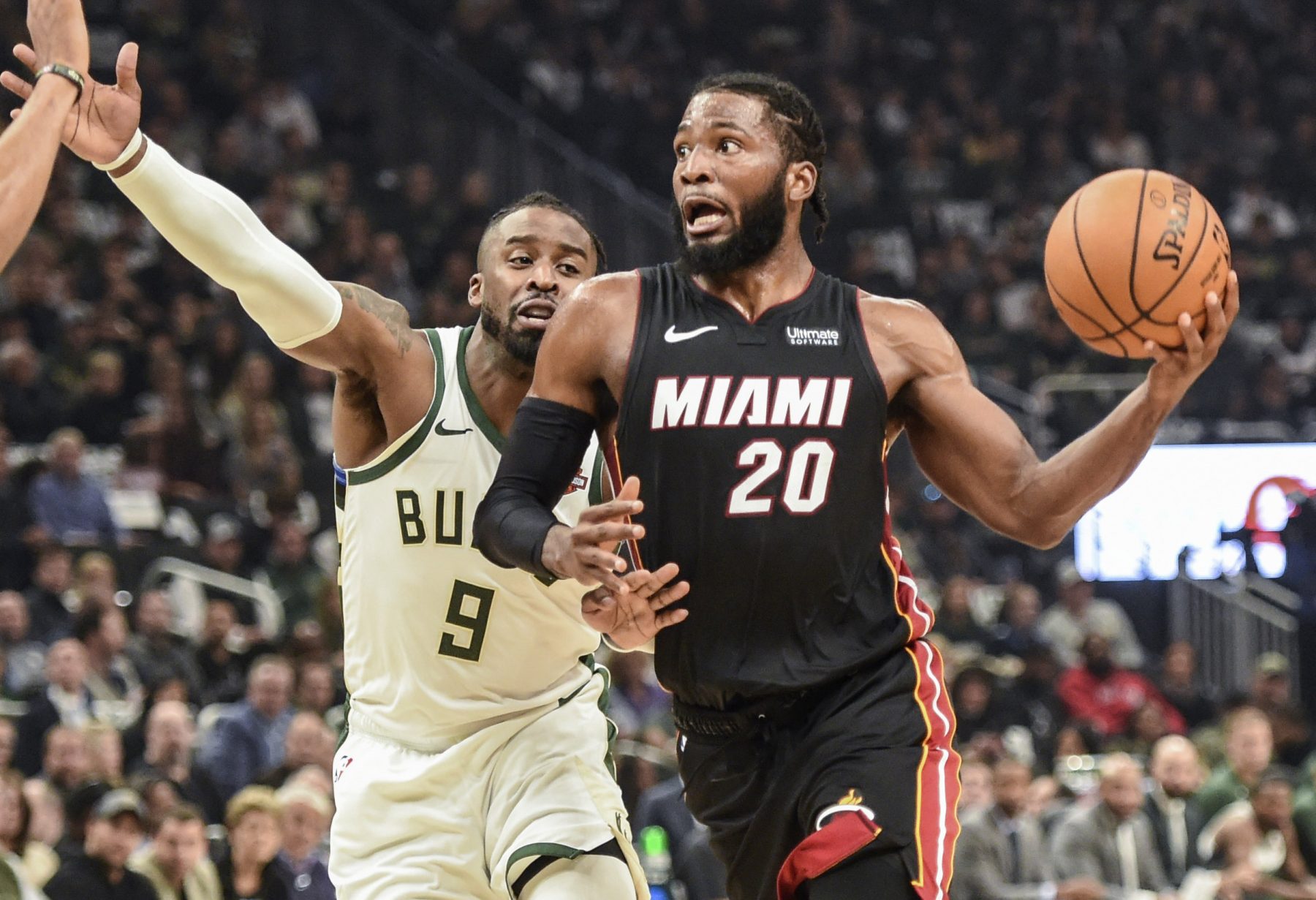 Jimmy Butler is finally set to make his regular season debut for the Miami Heat.

His teammates, particularly Justise Winslow, are thrilled for the return of the Heat’s star player on the court.

Without Butler, Winslow has emerged as one of the team’s focal points on the offensive end of the floor. Through the first three games of the season, the fourth-year forward has averaged 19.0 points and 9.3 rebounds per game. He has also dished 6.7 assists per game, which leads the team.

While he has held down the fort well in Butler’s absence, Winslow could not hide his excitement to be playing again with his new teammate.

“We’re excited, for sure,” Winslow said. “He had the baby and was taking care of all that. I guess there’s some upside. We got to grow. But truthfully, I’m so excited to play with him.

“We haven’t really played with him a real game. So that’s going to be a learning curve, as well, figuring out each other’s tendencies and stuff.”

The team was able to build great chemistry in the offseason and preseason. But Tuesday’s game against the Atlanta Hawks would mark the first time the team plays with its leader on the court. Winslow does not seem too concerned about it, though, because he knows what Butler is capable of bringing to the court.

“He’s an All-Star-caliber player,” Winslow continued. “He’s one of the leaders of this team. He brings that intensity, that heart, that hustle. You can count on it. That’s something that you could bank on, Jimmy being there, being present, putting up solid numbers.”

With Butler back into the mix, it will make life easier for Winslow and the Heat’s other young players.