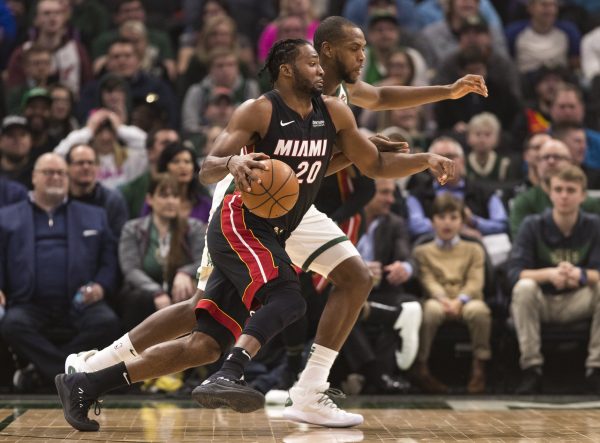 After Tuesday night’s 124-86 loss to the Milwaukee Bucks, Miami Heat players were understandably frustrated with the quality of play, and Justise Winslow, who has come into his own as a leader this season, was vocal about the lack of effort on the court.

“We just became disconnected from each other and from the game,” he said. “Guys looked out of sync. Guys looked like they didn’t want to be here once we got down 20. But can’t have that. Guys got to want to compete down 20, up 20, close games. We gotta keep that competitive edge and I think we lost that for some periods during this game.”

Heading into the locker room at halftime, the Heat were down 24 points. The team effort didn’t improve in the second half. When all was said and done, Miami had lost by 38.

In the game, the Heat shot a mere 41.9 percent from the field and 23.5 percent from beyond the arc. They also committed 17 turnovers in the game, which played a large role in the lopsided defeat.

“We’ve got to do a better job of just staying connected,” continued Winslow. “I think we lost that, and I think that was a big key to the game.”

His criticisms were valid as the Heat looked completely out of sync, especially defensively. Milwaukee got everything it wanted on the offensive end, shooting 50.0 percent from the field in the game and hitting 17-of-39 from three.

Despite the tough night, Winslow continued to impress on the court. He finished the night with 19 points, five rebounds, five assists, and two blocks. It wasn’t all good, however. Winslow did commit three costly turnovers in the game.

Tuesday’s game sent the Heat back to a .500 record on the season and was the team’s third loss in the last five games.
[xyz-ihs snippet=”HN-300×250-TextnImage”]