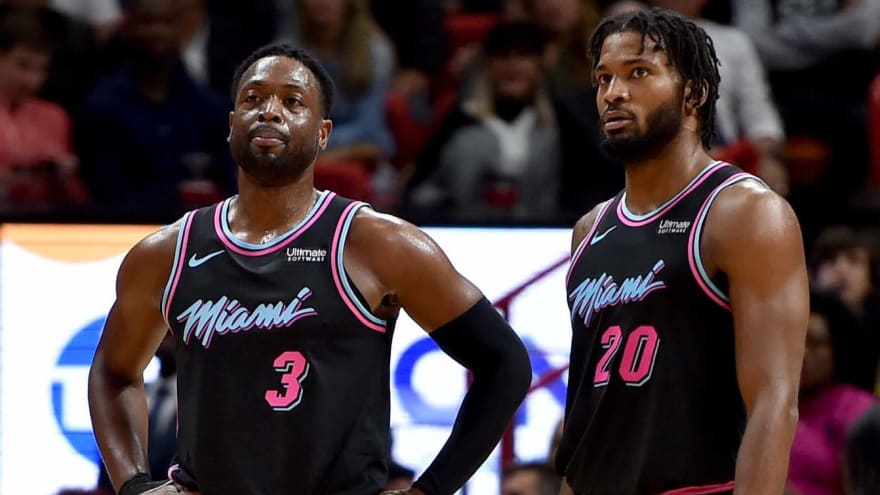 Miami Heat veteran Justise Winslow only had the opportunity to play with retired Heat legend Dwyane Wade for parts of three seasons, but he offered his opinion on social media that Wade is the greatest basketball player ever.

nah I’m not. But I just texted DWade and told him he was. He said it was MJ and I said but MJ ain’t win a chip in his 3rd year https://t.co/PT5UkIk3Fe

As a rookie during the 2015-16 season, Winslow spent the year absorbing knowledge from Wade, who then left in free agency after that season. Wade returned midway through the 2017-18 campaign and then closed out his legendary career last season.

Winslow’s choice will undoubtedly be criticized for bias, though he’s accurate in noting that Wade won the first of his three NBA titles in 2006, his third season in the NBA.

In contrast, Michael Jordan needed seven seasons before he led the Chicago Bulls to the first of six NBA championships.

During the 2006 NBA Finals, Wade helped the Heat forge a comeback from an 0-2 deficit to win four consecutive games and capture the title. In those four victories, Wade averaged 39.3 points, 8.3 rebounds, 3.5 assists and 2.5 steals per game, numbers that helped him win Finals MVP honors.

Jordan’s defenders will no doubt point out that Wade was never part of an NCAA championship during his two years at Marquette University. In Jordan’s freshman campaign at the University of North Carolina in 1982, he hit the game-winning shot for the Tar Heels in the final minute in the title game against Georgetown University.

In truth, any debate on this topic also needs to include other players, such as former Heat star LeBron James, and retired legends like Bill Russell, Wilt Chamberlain and Kobe Bryant.

Yet, its clear that Winslow’s mind has already been made up.