Justise Winslow Reveals What He Loves About Playing Point Guard 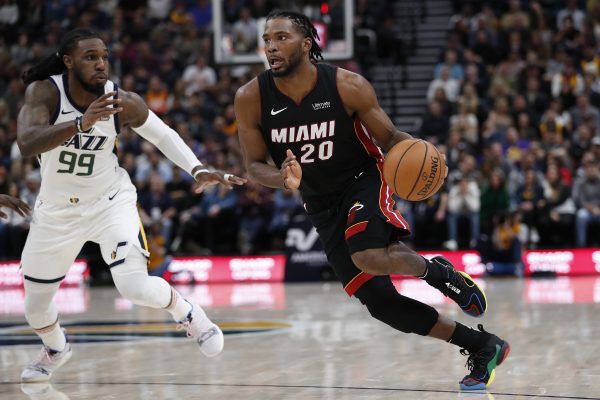 On Friday night, the Miami Heat grabbed a 115-109 win over the Washington Wizards to move their record over .500 for the first time since Oct. 27, 2018. After the game, Justise Winslow – who finished the game with 13 points and 10 assists – sat down with FOX Sports Florida to discuss the win as well as his feelings about taking over point guard duties.

“I just love the responsibility, the challenge that has been presented to me of playing that position,” stated Winslow. “For me, I’m a winner and I don’t really judge me playing point guard by the stats, I judge it by the win column. 7-2, that’s pretty good. Yeah, I want to fill up the stat sheet and do all that, but it’s about winning and leading your team to wins at that position.”

.@MiamiHEAT PG Justise Winslow breaks down the win over the Wizards, discusses running the point and sends out a heartfelt message. #HEATCulture #NBA pic.twitter.com/OlgbvqUFy6

Winslow has certainly helped this team get wins since moving to the starting point guard position in Goran Dragic’s absence due to injury.

The Heat are 8-2 in its last 10 games and, as Winslow stated, 7-2 with him serving as the starting point guard.

With such a high level of success, the 22-year-old will surely continue in this role until Dragic is back from injury. After that, Heat head coach Erik Spoelstra will have some tough decisions to make.
[xyz-ihs snippet=”HN-300×250-TextnImage”]