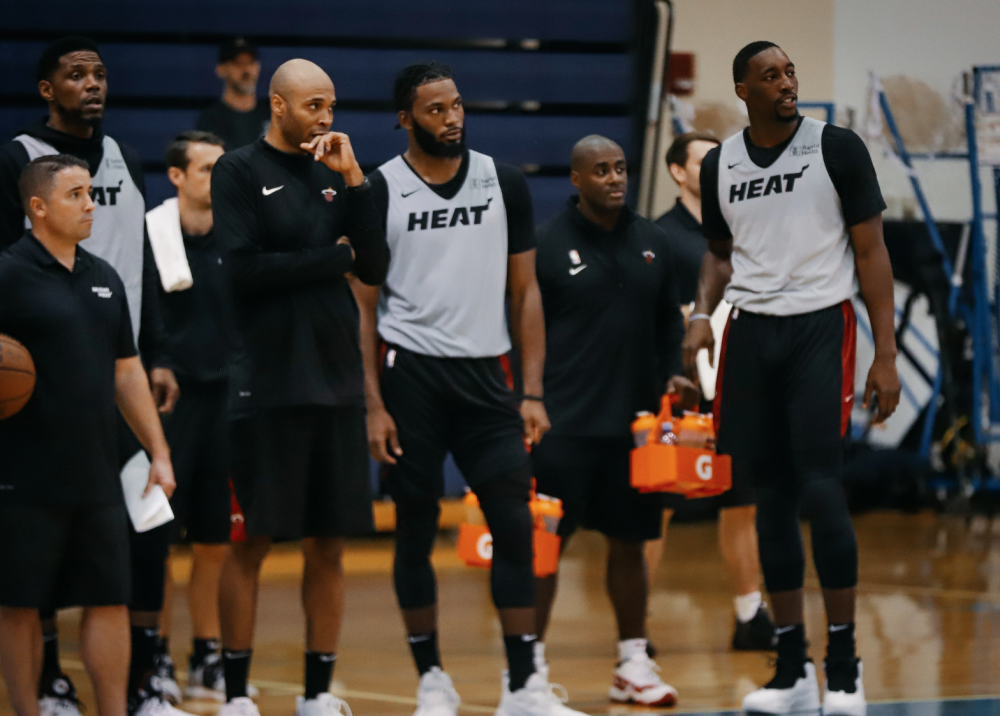 Last season, the Miami Heat struggled mightily on offense as they missed the playoffs for the third time in the past five seasons.

Head coach Erik Spoelstra has actively searched for answers, and his players have noticed the changes to the team’s offensive scheme.

“Our play calling is more complex and complicated this year,” said Justise Winslow. “We’re able to get to more actions. Everyone on the court is able to understand a little better than last year. It’s a combination of some of the new guys are extremely smart and we’re getting older.”

Guard Goran Dragic, who figures to play a sizable role in the offense, also publicly noted the alterations made to it.

“We have a few new actions from last year,” Dragic said. “It’s a lot of the same calls, but then they finish differently. You have a lot of options from the same action. I think that’s something new. You need to pay attention because he can put one action on top of the other, and then you have two actions at the same time.”

Spoelstra implied that their offense had largely remained similar the past three seasons so it was “built really for that group.”

Meanwhile, scoring and overall offense have dramatically shifted league-wide during that time. In the 2015-16 season NBA teams averaged 102.7 points, 24.1 3-point attempts, 95.8 possessions and a 106.4 offensive rating per game.

Spoelstra took a close look at the Heat’s offense during the offseason to see what needed to be improved, and that process included meeting with several coaches. Barry Jackson of the Miami Herald had previously reported that one of those coaches was Nova Southeastern’s Jim Crutchfield, whose up-tempo offense is traditionally one of the most productive in small-school college basketball.