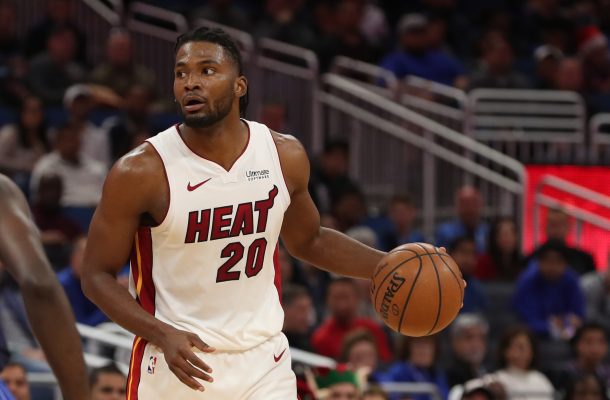 Justise Winslow is a beloved figure in South Florida for much more than his play on the Miami Heat, and on Thursday he once again proved deserving of that love when he announced that he would honor Sam Farkas, a Miami native who tragically passed earlier this week.

Heat guard Justise Winslow will play tonight with “RIP SF” on his sneakers, a tribute to Sam Farkas, a Miami Beach teen who died in a tragic fall earlier this week.

Farkas, 16, passed away trying to climb into his family’s eighth-floor condo in Miami Beach. It’s a tragic loss of such a young life, and it is certainly a wonderful gesture that Winslow is offering to Farkas’ grieving family and friends.

“This is unfortunately about my son, the light of my life, Samuel I. Farkas (Sam Farkas),” his father Michael D. Farkas wrote in a Facebook post on Wednesday morning.

“A part of me is gone and will never be back. The anguish and suffering I feel is beyond words.

“He was a special kid with tremendous love and happiness and I will miss him every second of the rest of my life.”

Winslow is having a breakout season this year, and has really begun to show both the skill and maturity necessary to become a star in the NBA. He’ll likely put in the extra effort to have a truly great performance in Sam Farkas’ honor in tonight’s game versus the Boston Celtics.
[xyz-ihs snippet=”HN-300×250-TextnImage”]