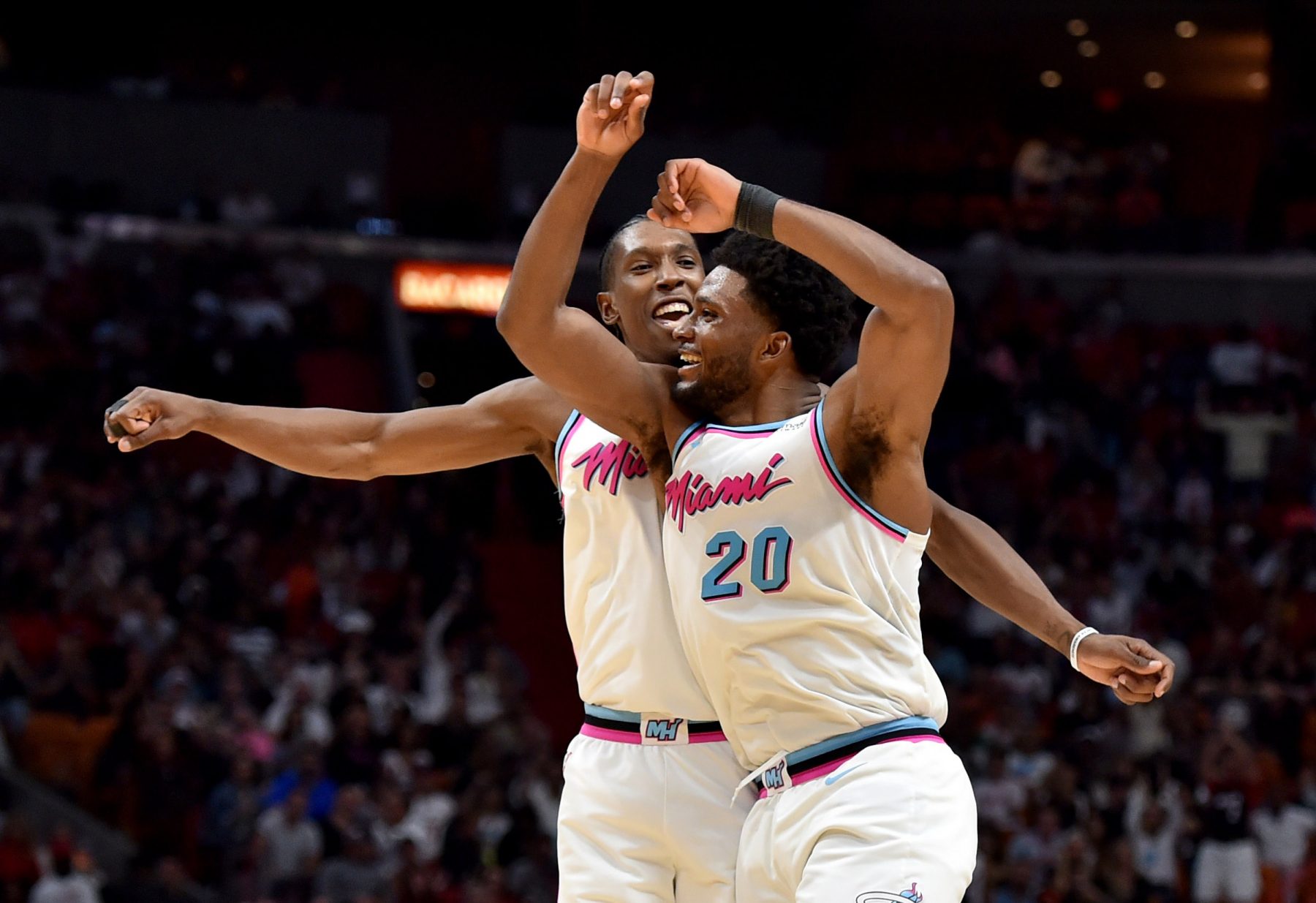 The offseason sign-and-trade for Jimmy Butler has provided the Miami Heat a major boost this season, though Justise Winslow laments that it required the team to trade Josh Richardson to the Philadelphia 76ers to make the acquisition.

Winslow and Richardson bonded after both were drafted by the Heat in the 2015 NBA Draft, with Winslow being the 10th overall selection and Richardson being chosen in the second round.

Four years of playing together for the Heat abruptly came to an end when the Butler deal was completed, something that Winslow wasn’t expecting.

“It was tough,” Winslow said, “Just because it came so out of the blue. It wasn’t like around the trade deadline, or you were really hearing rumors. We were kind of just offseason chilling and everything kind of went down one day.

“It was tough. To be honest, it didn’t really become a reality until I guess kind of training camp, media day, not having him there.”

Despite the long distance between Miami and Philadelphia, Winslow indicates that he and Richardson have actually become closer. That connection has largely been forged by frequent telephone conversations between the two players.

“In a way, we almost support each other more, just conversations on the phone, whether it’s going through something on the court or off the court,” Winslow said. “It almost forces us to communicate more because we don’t have the natural come to the locker room and see each other.

“I think we have kind of taken the next step and really caring for each other on a different level.”

The Heat and 76ers will play for the second time this season on Wednesday night, with Richardson hoping for a repeat performance after delivering a 32-point performance in the 76ers’ 113-86 win on Nov. 23.

Unfortunately for Winslow, he was unable to play in that game because of a concussion and will miss Wednesday’s contest due to a sore back.

However, Winslow is hoping that he’s back on the court for Richardson’s return to American Airlines Arena on Dec. 28. Both players could also end up meeting in the postseason, as both teams seem destined to advance to the playoffs.