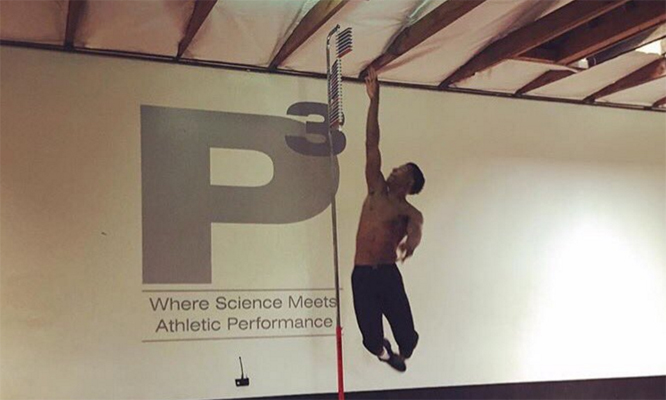 Any championship team will tell you, hoisting the ultimate prize at the end of the season involves hard work, perseverance, and a little bit of luck. Good luck in basketball usually comes in the form of an injury-free playoff run.

And we all know how injuries can derail a season — just ask the Miami Heat.

That’s why Josh Richardson working out at the P3 Peak Performance Project facility should be a welcome sight to all Heat fans.

P3 Peak Performance Project is a sports science company founded by Harvard University physician Dr. Marcus Elliott to enhance the development of professional athletes. More specifically, the P3 team specializes in injury prevention and recovery. They have worked with athletes across all sports, including more than 140 professional basketball players, to open the door for the next level of sports information: predictive injury analysis.

The process is different for every player, but using biomechanics, high-speed motion capture, and other advanced tools, they break down a player’s movement to the core. Then the training process begins to fix imbalances or tendencies that could lead to injury. According to P3, some imbalances can be fixed in a couple weeks; others take months.

The company, based in Santa Barbara, has worked with scores of NBA stars like Carmelo Anthony, Dwight Howard, Andrew Wiggins, Damian Lillard, Jeff Teague, and many others. Most recently they helped Joakim Noah and Kyle Korver come back from brutal injuries. Korver has been a religious student at P3 since 2008 and rebounded from an ankle injury to have a career year after training with Dr. Elliott and his team.

In Richardson’s case, the goal is to prevent any injuries that could limit his full potential next year.

The second-round pick is set to embrace a much bigger role on the team next season. Both he and Justise Winslow led the team in minutes coming off the bench last year and now both could be asked to step into the starting lineup. Consequently, they’ll have to carry a much heavier workload on the court, for longer stretches of time.

The interesting aspect of Richardson’s journey last season wasn’t how quickly he went from the D-League to the Heat’s roster, but rather how quickly coach Erik Spoelstra felt comfortable with putting the young guard out there during crunch time. Look for Richardson to build off an impressive rookie season and command a larger role on both ends of the court.

Richardson’s increased role will make it even more crucial that he stay healthy and establish himself as reliable option. If the Heat are able to produce a solid core next year, a healthy Richardson is sure to be in the middle of it.
[xyz-ihs snippet=”Responsive-ImagenText”]