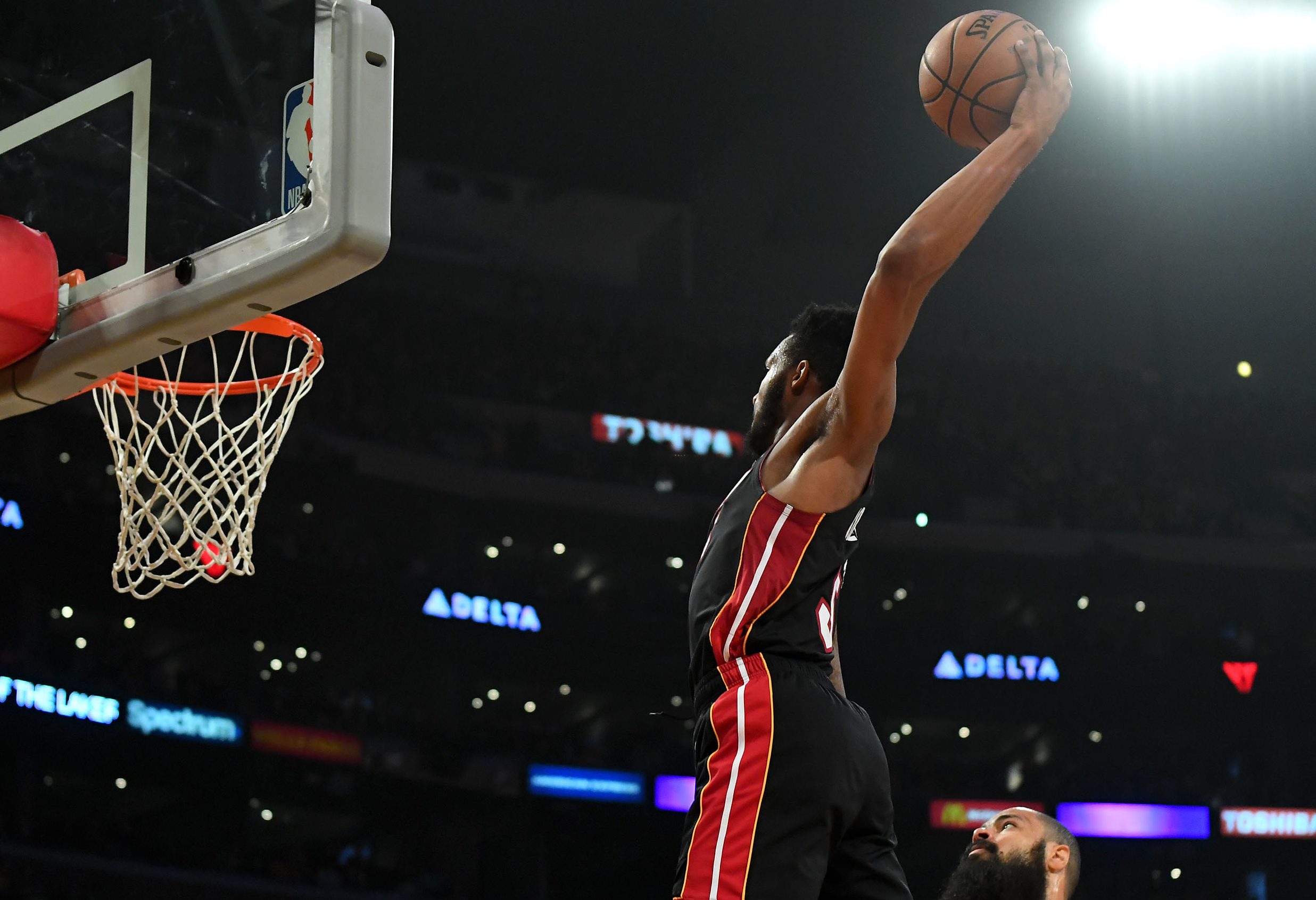 The Miami Heat got a signature win on Thursday night with a victory over the surging Houston Rockets, and a big part of the victory was due to the play of Derrick Jones Jr.

Following the win, Josh Richardson spoke about what Jones has brought to the court in recent games.

“[Jones] is a game-changer,” said Richardson. “He’s doing so much for us right now. He’s defending, he’s rebounding, he’s playing tough down the stretch, he’s in the game in the fourth quarter. And he just really started playing. When he’s flying through the air like that, people are looking around and then other guys are getting open lanes. So he’s a big help.”

The Heat battled back after being down double digits early in Thursday night’s game, and Jones and Richardson both made the comeback possible. Jones finished the night with 15 points, eight rebounds, two steals, and two blocks. Richardson recorded a team-high 22 points, and added seven assists and six rebounds to the stat sheet as well. As always, both players excelled on the defensive end of the court throughout the game.

The Heat started out the 2018-19 season with strings of losses, but have since begun to turn it around. They’ve won five of their last seven matchups, and it’s quite clear that Jones is a big reason why. After averaging just 12.3 minutes per game in the month of November, Jones’ playing time has nearly doubled to 22.6 minutes per game so far in the month of December. Over the last six games, the Heat have outscored opponents by 46 points with Jones on the court.

With the win on Thursday, the Heat are now tied for eighth place in the Eastern Conference at 14-16. If the playoffs started today, the Heat would miss out on the final seed because of their dismal 5-12 conference record. Still, their ability to start climbing the rungs in the conference is a clear sign that things are starting to turn around in South Florida.

If Jones continues to play the way that he has as of late, it stands to reason that Miami will continue to win in bunches.
[xyz-ihs snippet=”HN-300×250-TextnImage”]