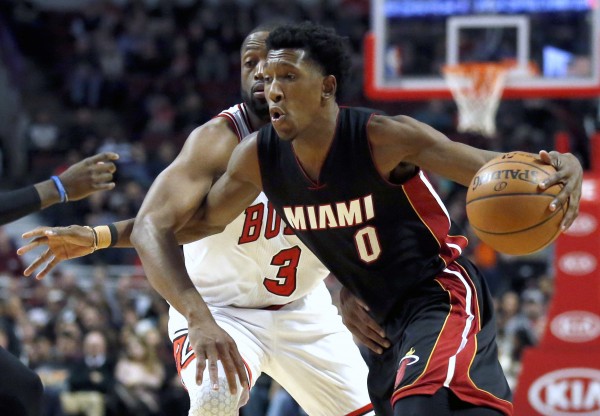 Josh Richardson may have recently signed a four-year, $42 million extension with the Miami Heat, but that doesn’t mean he has gotten complacent.

According to Barry Jackson of the Miami Herald, the former second-round pick wants to lead all NBA guards or small forwards in blocked shots and break Dwyane Wade’s franchise mark for blocks by a wing player.

Using his 6-foot-6 frame, Richardson blocked 21 shots in the final 14 games of last season and four more in the Heat’s preseason opener against Atlanta.

So what is the key to getting blocks as a wing player?

“Just being able to recover and read peoples’ feet,” Richardson said. “That’s how I get a lot of my blocks.”

Richardson’s ability to swat away shots will also depend on the amount of playing time he gets this season, especially with an opportunity to play in the starting small forward slot. He is currently competing with Rodney McGruder and Justise Winslow for the starting job, but Richardson did not put much emphasis on winning the competition.

“I don’t know; I don’t care,” Richardson said. “I know I’m going to be on the floor enough minutes. If Rodney starts, if Justise starts, me I don’t care. We’re all going to play.”