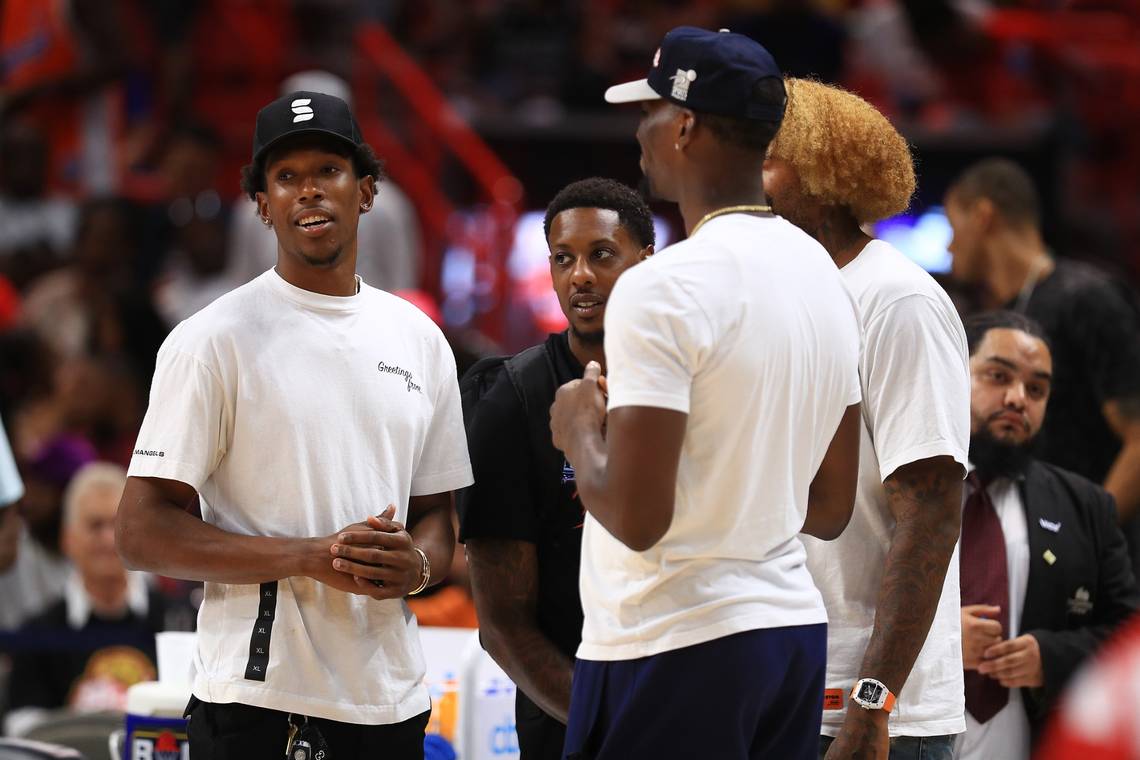 Losing guard Josh Richardson was the price that the Miami Heat had to pay to acquire Jimmy Butler from the Philadelphia 76ers.

The pain felt by the Heat was matched by that of Richardson, who noted that it was difficult to move on from the team with which he began his NBA career.

Richardson offered a description of his feelings as the deal was nearly complete, noting how then-teammate Bam Adebayo was with him at the time.

“It was tough. Bam was with me when it happened,” said Richardson.

Richardson indicated that his bond with current Heat players and former members of the team like Rodney McGruder and Tyler Johnson will continue:

“I mean, it’s different. But as you can see, out there, Rodney, Tyler, Bam, we’re all still brothers. At the end of the day, it’s bigger than basketball.”

Richardson saw all three players, as well as James Johnson, at the BIG3 games held at American Airlines Arena last weekend, though he noted that his support for the Heat will be put on hold once he steps on the court against them:

“I’ll be keeping up with you guys and hopefully my boys are doing good. But when it comes to game time, it’s business.”

Looking back at how his career began with the Heat, Richardson specifically pointed to his connection with Justise Winslow as a warm memory:

“It was fun. Getting to learn with Justise was a pleasure and, I think, he’s going to keep growing. And I thought we had great [veterans] our rookie year to kind of take us in, because everybody doesn’t get that opportunity. So we’ll still get to keep in touch with those guys. So I’m grateful for that.

“I think I grew a lot and I’m thankful for it. But, you know, everything must come to an end. So I’m moving on.”

Despite the fact that Richardson will no longer play for the Heat, he’s expecting to maintain a foothold in the city:

“I’ll probably keep a spot here. But, I mean, I love Miami. I love the city. Yeah, offseason and everything, I’ll definitely be back or around.”

Richardson’s only opportunity to play in Miami during the 2019-20 regular season will come on Dec. 28, when his 76ers team faces the Heat. The other two matchups between the teams will take place in Philadelphia.