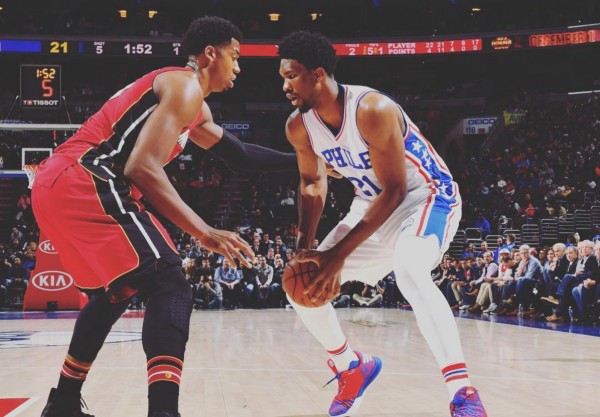 Joel Embiid is a social media savant. After the Philadelphia 76ers beat the Miami Heat 101-94 on Monday night, Embiid posted this picture on his Instagram: 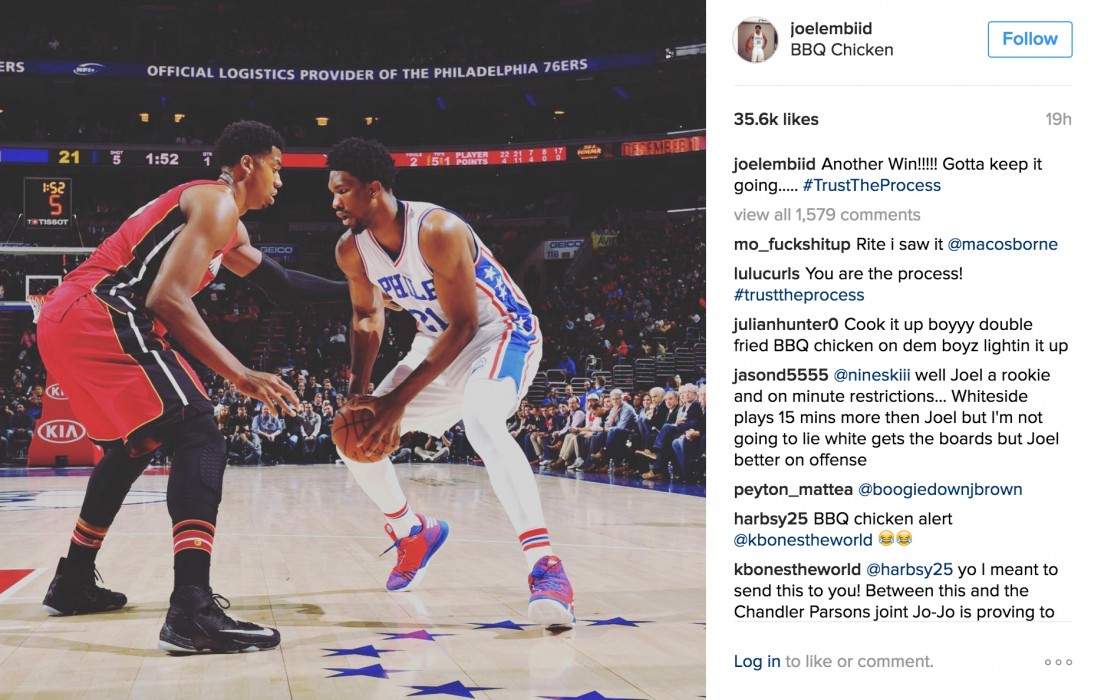 Notice the location tagged is “BBQ Chicken.” Trash talk on the court is common on any level of basketball, but this is some expert-level trolling. If you’re unfamiliar, “BBQ Chicken” is sometimes used to refer to a big guy who isn’t as tough as he looks and is easy to score on.

In last night’s game, Embiid contributed 22 points, five rebounds, and three blocks in just 23 minutes played. He also made some crucial free throws to close out the game.

However, calling Hassan Whiteside “BBQ Chicken” probably isn’t apt considering the star center dropped a career-high 32 points in the game. Whiteside also added 13 rebounds and two blocks while dealing with foul trouble for most of the second half.

Surprisingly, after the game Embiid praised the Heat center and even mentioned he had studied Whiteside’s game before the contest:

“Around the league there’s a lot of young big men, and I think we’re starting to come back,” said Embiid. “So one thing I told him is keep killing it. As big men, we all want each other to do good. I’ve always studied him in the past. It’s always been a big man league, so I want it to stay like that.”

Even though Whiteside probably doesn’t like being called “BBQ Chicken”, according to Ira Winderman of the Sun Sentinel, he agrees with Embiid’s point about the NBA still being a big man league:

“Even Embiid at the end of the game was talking about how we’re bringing back the centers,” said Whiteside. “And when you hear it from the players, they’re saying it, Embiid saying it, I don’t know who ‘they’ are, But they must not watch basketball, because every night I’ve got Dwight (Howard), (Andre) Drummond, (DeMarcus) Cousins. I got a really good center every night. So I don’t know where these nights off are happening.”

It seems like the two have a decent relationship so Embiid’s post probably wasn’t meant to be insulting, but Heat fans should tune in the next time these two emerging stars face off because it should be an entertaining matchup.
[xyz-ihs snippet=”Responsive-ImagenText”]