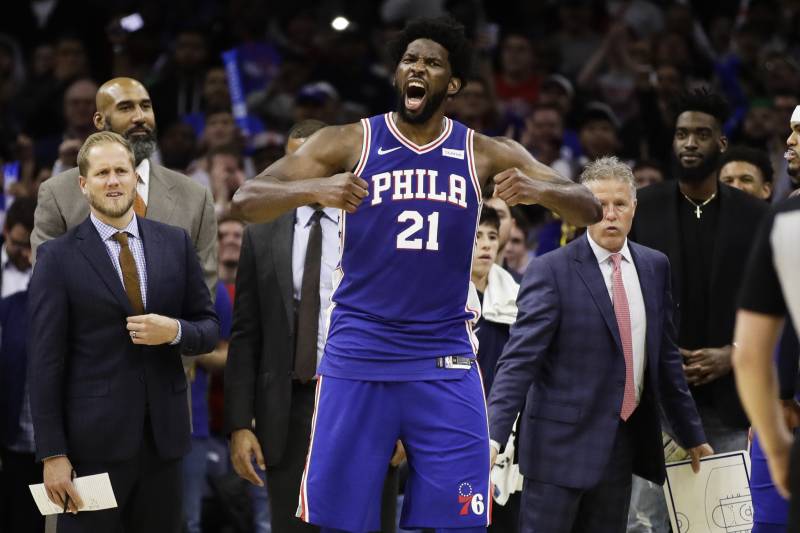 After getting ejected in Wednesday’s contest between the Philadelphia 76ers and Minnesota Timberwolves, All-Star center Joel Embiid took to Instagram and tagged one of his former teammates.

Great team win!!! I was raised around lions and a cat pulled on me tonight lmao @jimmybutler I missed being part of the 3rd stringers… I got his mom giving middle fingers. That’s some SERIOUS REAL ESTATE #FightNight #IAintNoBitch

Embiid got into a fracas with Timberwolves star center Karl-Anthony Towns with 6:42 left in the third quarter and the Sixers leading by 20 points.

To that point, Embiid was having a strong game with a very efficient 19 points, to go along with five rebounds in 20 minutes.

The Sixers, behind a well-balanced offensive attack from the rest of their starting five, won the game, 117-95, even without their franchise player for much of the second half.

Jimmy Butler was the Sixers’ designated closer last season when they came a few Kawhi Leonard bounces away from possibly reaching the Eastern Conference Finals. With Butler now in South Florida playing for the Miami Heat, the Sixers find themselves having to reconfigure their crunch time attack.

So far, so good for Philly, as it’s now 4-0, making it one of only two undefeated NBA teams.

Butler will make his first return to the City of Brotherly Love on Nov. 23, when the Sixers host the Heat.