Joel Embiid Calls Karl-Anthony Towns a ‘P—-,’ Insinuates Jimmy Butler ‘Treated Him Like a B—-‘ 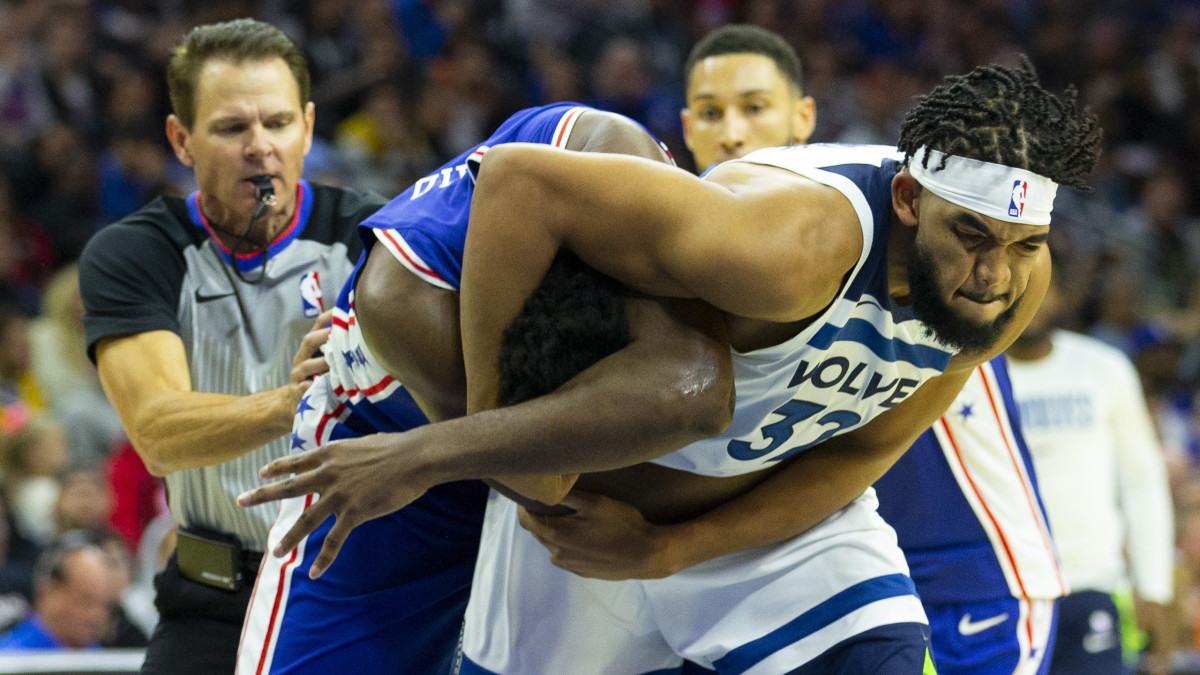 Embiid and Towns’ altercation on the Sixers’ home floor spilled onto social media, with Miami Heat star Jimmy Butler somehow getting dragged into the war of words between the two.

The Sixers center relished in his team’s lopsided win with a since-deleted Instagram post that did not sit well with Towns, who called Embiid’s caption and photo quality trash.

Not content with their trading of barbs on Embiid’s post, the Timberwolves center posted a retort of his own on Instagram, showing a series of pictures from Wednesday’s fight.

The final photo of the post was of Embiid crying after their second-round playoff series loss to the Toronto Raptors last season.

I aIN’t nO BiTcH

Embiid unleashed on Towns with an insult-filled comment. He then insinuated that Butler, a former Wolves and 76ers star, never respected Towns. 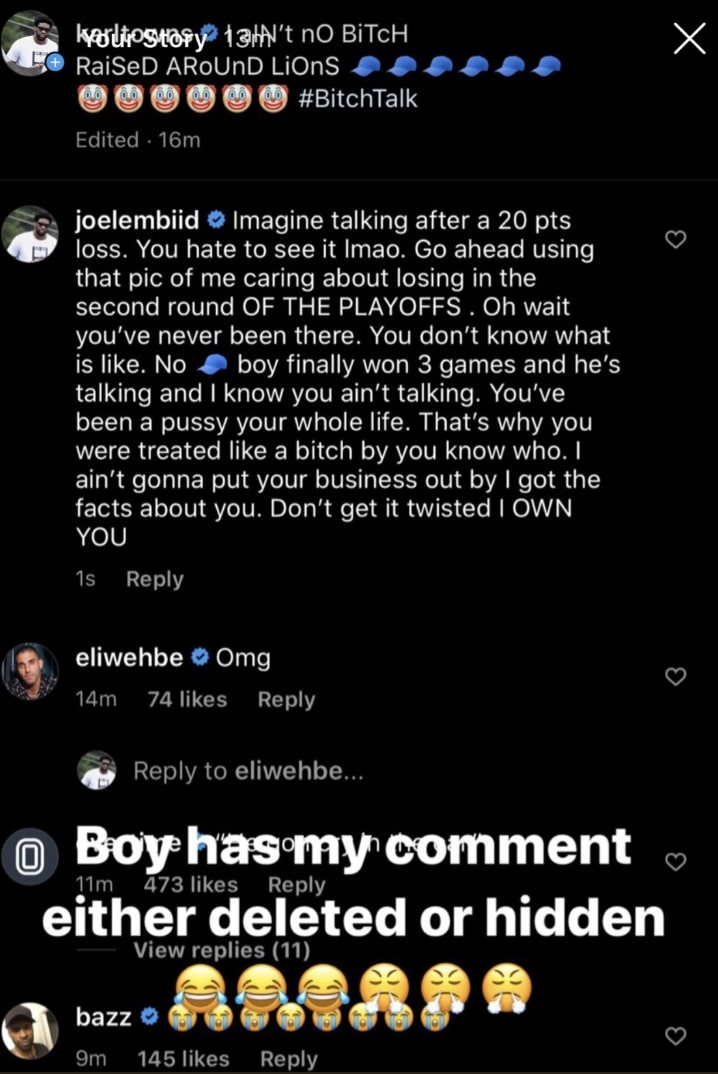 Embiid is a good friend of Butler, who arrived in Miami this offseason via a blockbuster trade.

Last season, Butler forced a trade from the Timberwolves to the Sixers due to his rocky relationship with teammates and management. In contrast, the four-time All-Star thrived in Philadelphia and led them to the playoffs.

Based on Embiid’s comment, the Heat forward may have told his former Sixers teammate a few unflattering stories about Towns that helped lead to his departure from Minnesota.

Butler hasn’t joined the fray just yet, but since he and Embiid are good friends, we might hear from the eight-year veteran eventually.