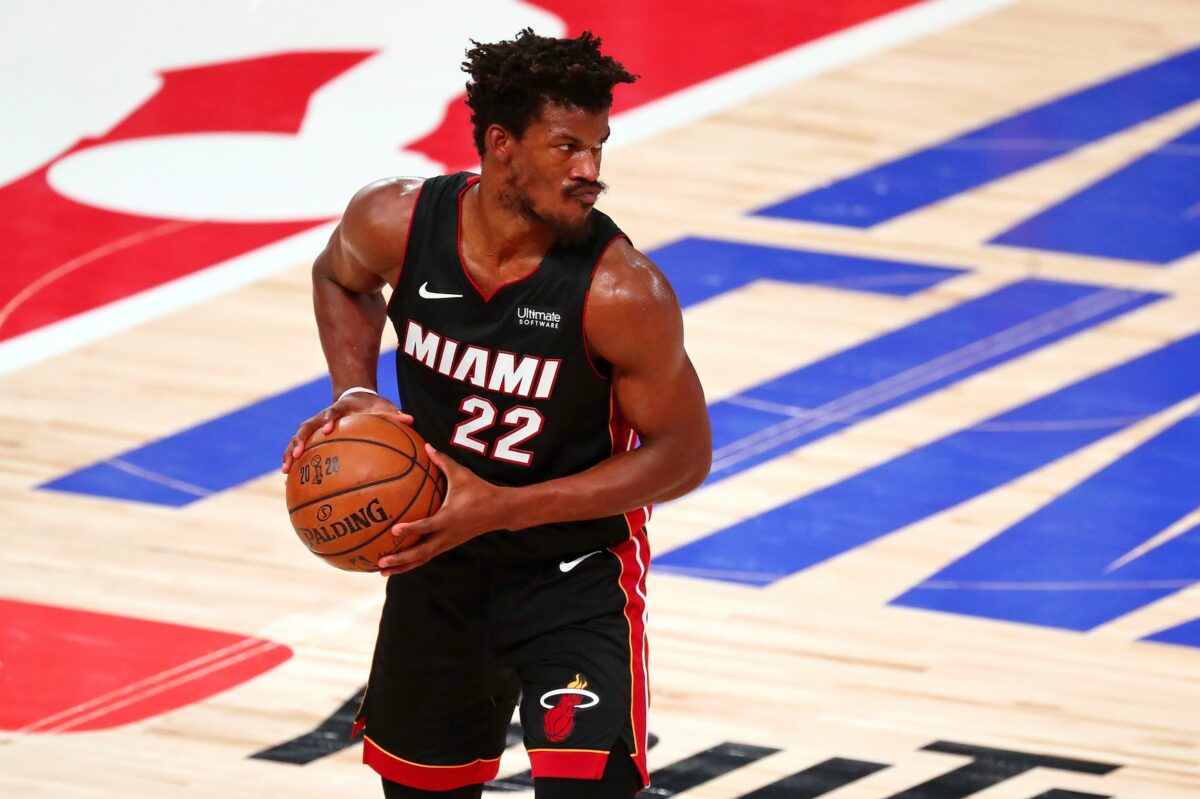 The Miami Heat have lost the NBA championship in six games to the Los Angeles Lakers, but they still have plenty of reason to feel optimistic about the near future.

“This is where I belong. This is what makes me smile. Wish I could’ve done it for the city, for the organization…,” @JimmyButler said. pic.twitter.com/MYkY0rQM0R

From the start of the regular season almost a calendar year ago, the Heat greatly surpassed expectations.

First they earned the fifth seed in the Eastern Conference. Then they bludgeoned the heavily favored Milwaukee Bucks in the second round of the playoffs before unexpectedly reaching the NBA Finals.

At times in the championship series, the Heat gave the Lakers all they could handle by showing tons of determination, grit and aggressiveness.

But in the end, Miami fell to a team that simply possessed more talent.

Looking forward, the future is bright for the Heat.

Center Bam Adebayo had a breakout season that saw him make his first All-Star team, and he still seems to have lots of room for improvement.

At the same time, young guns such as Tyler Herro and Kendrick Nunn impressed many and seem to have star potential themselves.

Of course, Butler led the way all season and showed tremendous leadership in the process.