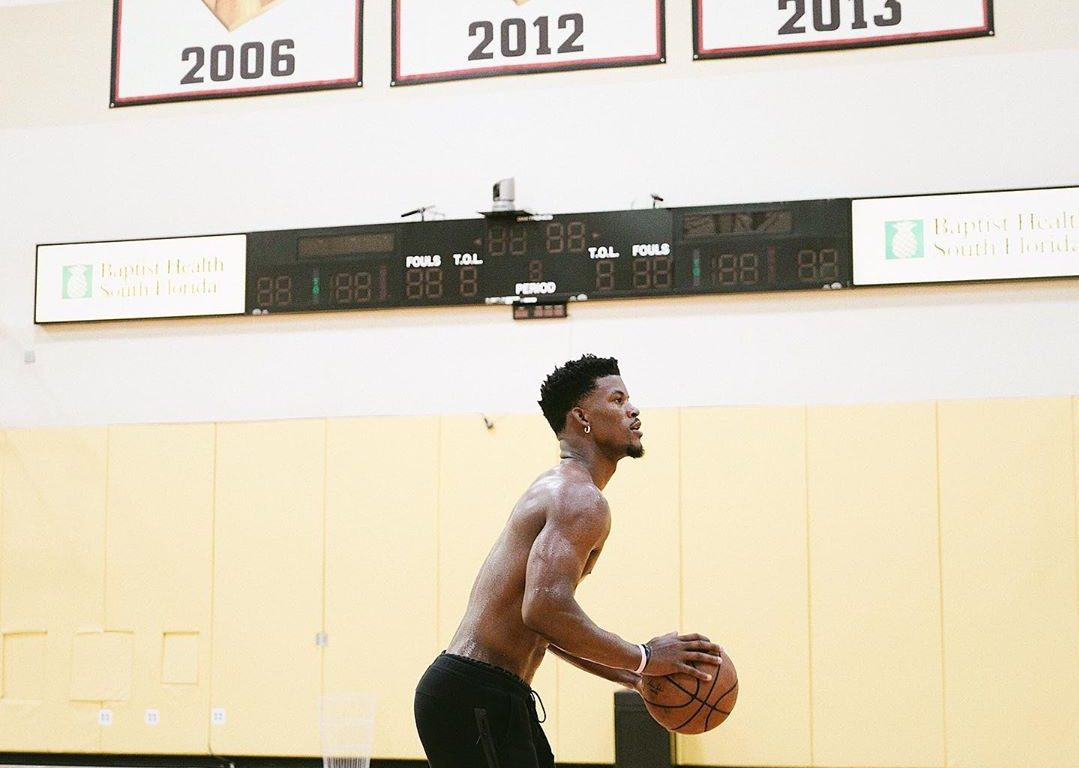 Jimmy Butler has worked hard to become a star in the NBA, and on Monday morning he proved that he is still one of the most dedicated players in the entire league.

Butler shared a photo on Instagram that showed him working out at one of the Miami Heat’s practice facilities at 4 a.m.

With training camp just days away and opening night of the regular season set to commence in a month’s time, the four-time All-Star looks as ready as ever to lead the Heat’s 2019-20 campaign.

Heading into the new season, Butler will be playing for his third team in less than a year. He played for the Minnesota Timberwolves and Philadelphia 76ers last season, but decided this summer to take his talents to Miami this season.

Though the Heat reportedly tried to add another All-Star to play alongside the veteran swingman this offseason, Miami appears to be content with its current lineup for now. Butler’s leadership skills will be tested this year with a new team that will be looking to him to lead it to the postseason.

Last season, despite playing on a stacked 76ers roster, Butler registered 18.2 points, 5.3 rebounds, 4.0 assists and 1.8 steals per game. Even with the presence of All-Stars Ben Simmons and Joel Embiid, as well as talented veterans such as Tobias Harris and J.J. Redick, it was Butler who was counted on to make big plays in the final moments of games.

Now in Miami, Butler will be the team’s unquestioned go-to-guy and the one player whose performance will heavily determine the team’s success or failure.

With his hard work and dedication to improve and elevate his game further, don’t be surprised to see Butler return to the All-Star Game this season.