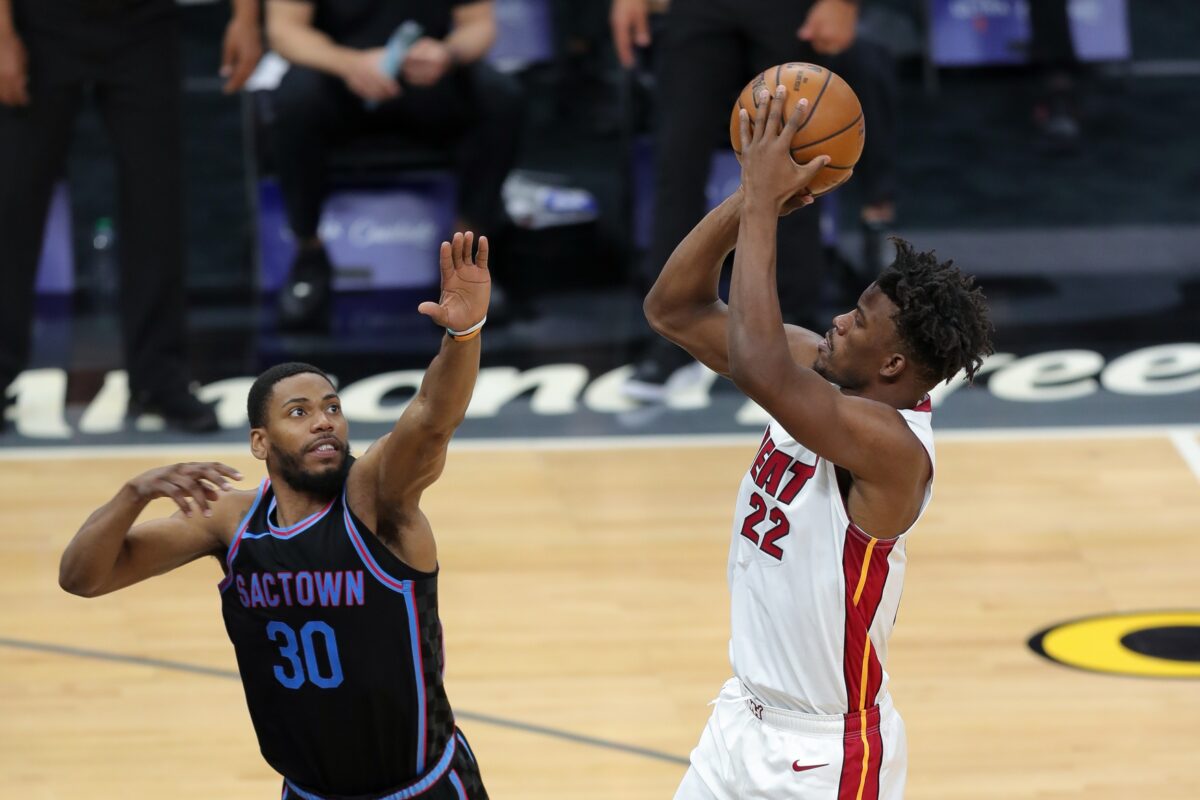 On Thursday, the Miami Heat got an important win by defeating the Sacramento Kings, 118-110, in Northern California.

Heat star Jimmy Butler achieved a significant franchise milestone in terms of triple-doubles, and he threw a light jab at Dwyane Wade on social media.

As one would expect, the Heat’s history books are tattooed with Wade’s name throughout. Even though he was not as great a player as LeBron James, one may argue that he was the greatest or at least the most valuable player in team history due to his longevity with the franchise.

Since coming to South Florida in the summer of 2019, Butler has rescued what had been a dormant Miami franchise. Thanks to Butler’s talents, the Heat surprised virtually everyone last season by not only making the playoffs but also upsetting the top-seeded Milwaukee Bucks in the playoffs and then advancing to the NBA Finals.

By contrast, the Heat have been a disappointment so far this season, partly due to Butler being out of action for many games.

Since returning to the lineup in late January, the Marquette University product has regained his mojo, but unfortunately, his team hasn’t really followed suit.