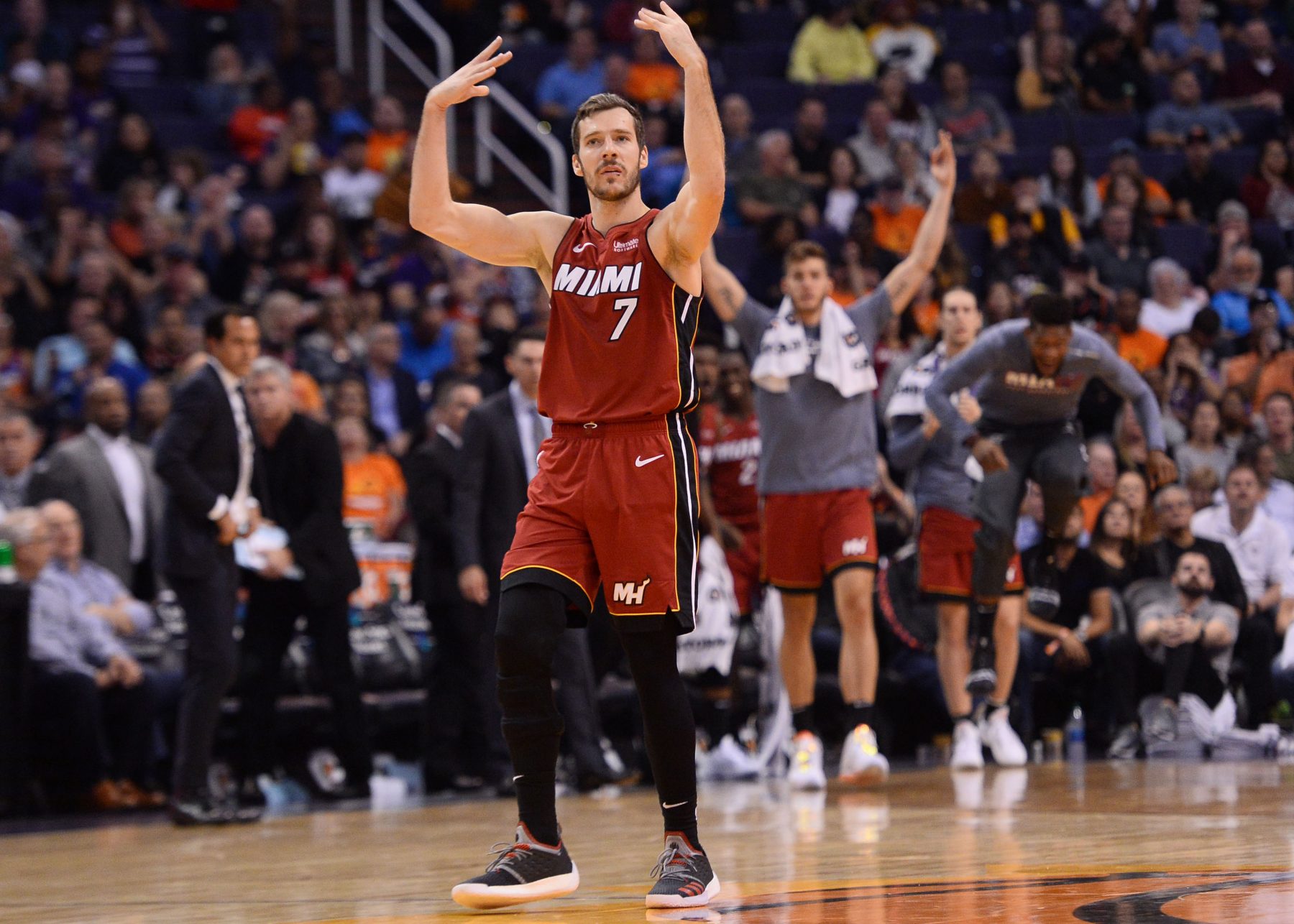 Jimmy Butler and Goran Dragic were heavily responsible for Thursday night’s win over the Phoenix Suns. Following the game, Butler took to social media to honor Dragic’s dominant outing with a hilarious picture of the Slovenian national.

From the picture, it’s pretty clear what Butler thinks helped Dragic have such a huge impact in the 124-108 win.

Dragic scored 20 points in the second half, finishing the game with 25 points to go along with six rebounds and four assists. Going against the Suns, one of the league’s surprise teams this season, is always a special opportunity for the veteran guard.

“If you ask any player, when you play against your former team, it’s extra motivation,” Dragic said. “It’s always nice to win here.”

The 33-year-old played for the Suns for several years, but he only became an All-Star back in the 2017-18 season as a member of the Heat.

Butler can afford to joke around after the win as he dominated the Suns with a 34-point outing to lead the Heat to their fourth win in the last five games. They currently own a 6-2 record and sit at the No. 2 spot in the Eastern Conference.

Thanks to Butler and Dragic, the Heat have continued their impressive start to the season. Their 6-2 record is the Heat’s best since 2012.