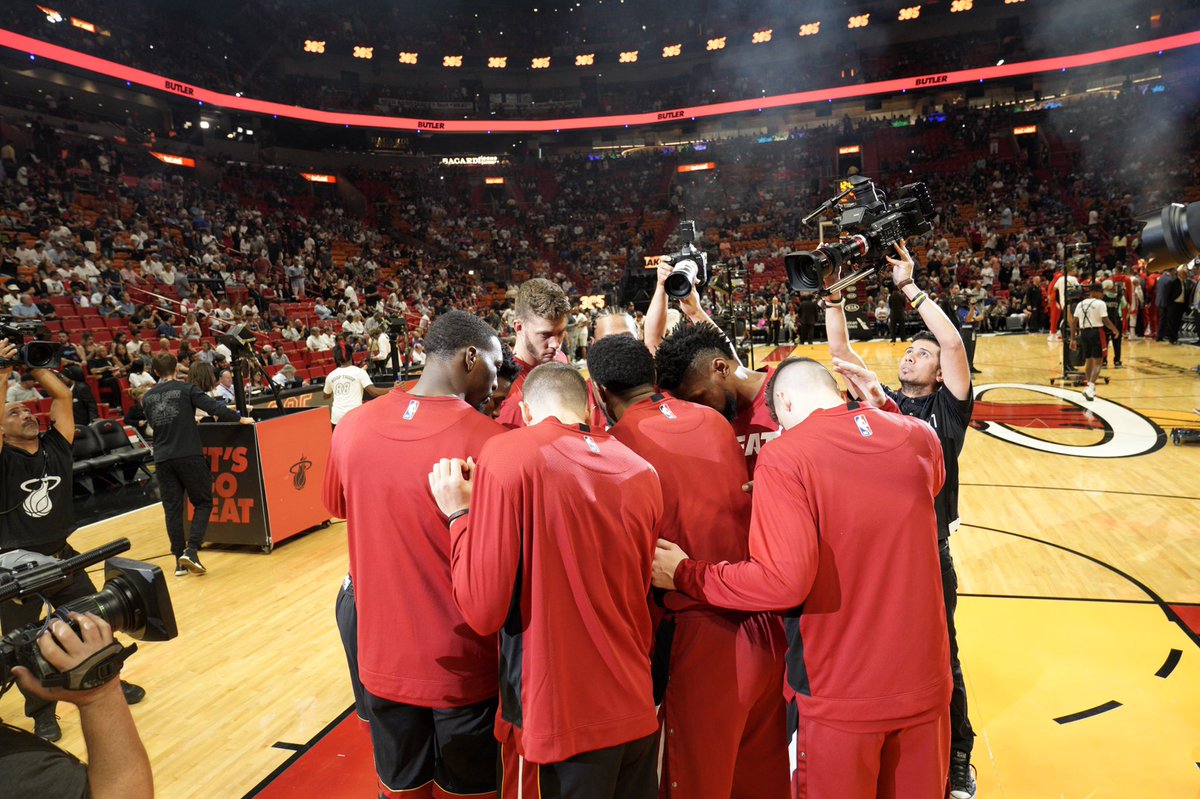 After a 129-100 blowout win against the Houston Rockets, Miami Heat forward Jimmy Butler proved that he is all about the team.

together we can do so much pic.twitter.com/2E4yUq8NKt

Butler, had 18 points, nine assists, and seven rebounds in 27 minutes in the win over the Rockets. Butler’s comments about the team-first attitude was evident through the game’s box score. The Heat had six players score in double figures, with Duncan Robinson leading the team with 23 points.

The game was never really in doubt as the Heat started the game with a one of the biggest first-quarter leads in NBA history. The 46-14 lead after the first quarter was the third-biggest lead after 12 minutes in the NBA’s shot clock era. The largest margin in the game was 41, when the Heat led 59-18 four minutes into the second quarter.

The teamwork mentality has contributed to a hot start to the season for the Heat. Through six games, they have a 5-1 record, and lead the Southeast Division by two games over the Charlotte Hornets in the very early stages.

Miami’s next game will be Tuesday at Denver, the beginning of a three-game trip out west.