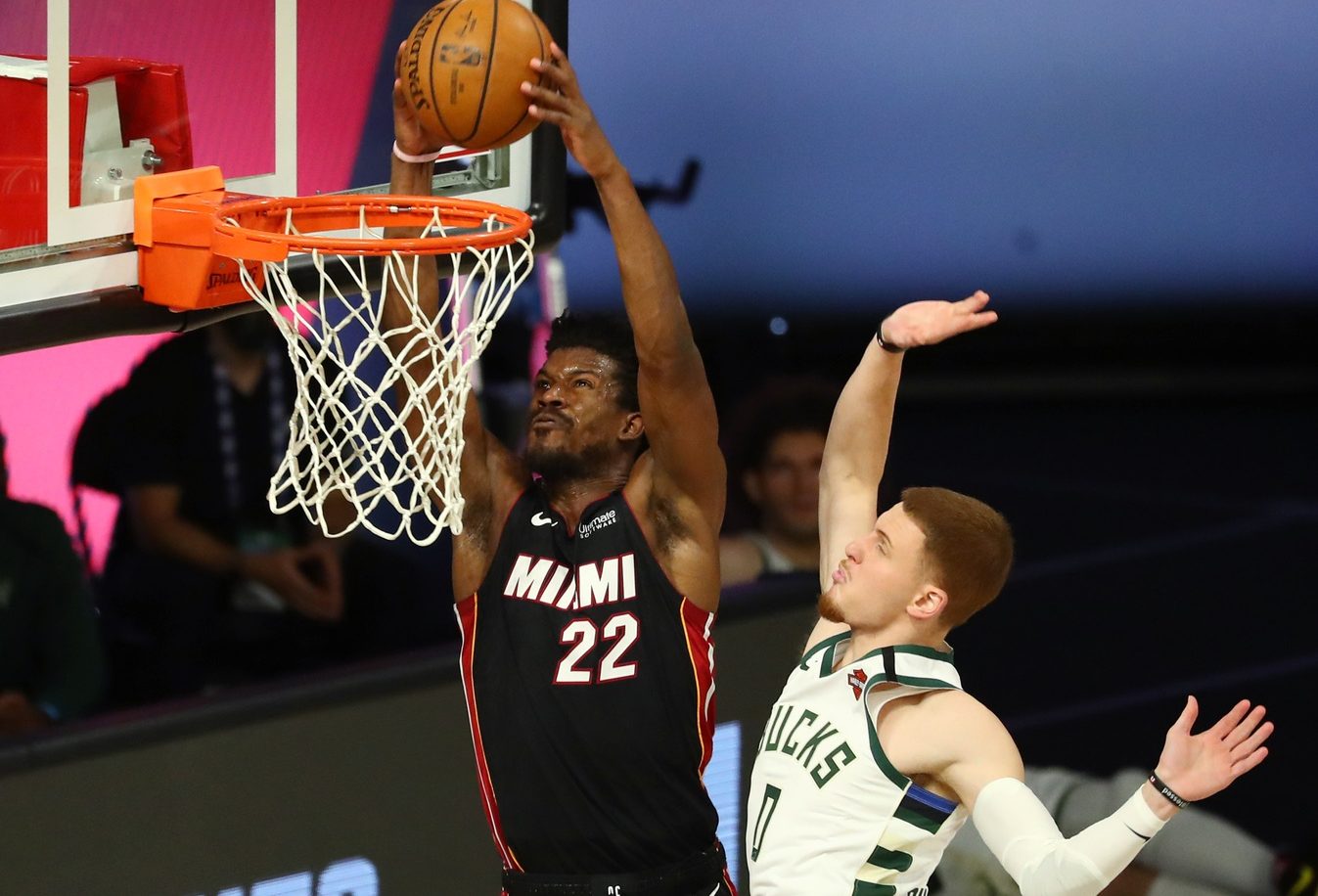 Jimmy Butler has his mind set on winning a championship with the Miami Heat.

He proved that on Monday night when he unloaded a 40-point performance in Game 1 of his team’s series against the Milwaukee Bucks. His efforts were rewarded with a 115-104 victory.

Now, with Game 2 just hours away, Butler has sent out a warning about how he expects to help his team’s playoff run. He did so while speaking with Sam Amick of The Athletic.

“They did not. But I wasn’t worried about it,” he confirmed when asked if the Philadelphia 76ers wanted him talking to other teams during free agency. “I’m here now, and I’m telling you. I don’t even think about what could have happened with Brett Brown. What could have happened… I don’t, because if I get too lost in that I’m not doing my due diligence for these guys. I’m so f—— locked in right now, and I will do anything that it takes to win man. I’m telling you. Like, I don’t want to have to come out and score 40. I don’t give a f—. I’ll shoot the ball twice as long as you guarantee me that we get a ‘Dub.’ I don’t care (how he gets labeled as a player), I don’t. I couldn’t care less how anybody labels me. Just know that I do everything in my power to win. That’s what brings me the most joy, is that no matter what you think, or no matter what you might say, you’re never going to be able to say that I’m not a winner. I may not have won it, but you’re not going to say that I was a loser, that I played a losing style of basketball. You’ll never say that.”

Butler dominated in Game 1 of the Heat’s series against the Bucks. He scored 15 points in the fourth quarter and hit a couple of huge buckets to ice the game in the final minutes.

With one win the books, Butler and the Heat need three more against the No. 1-seeded Bucks to book a ticket to the Eastern Conference Finals. Already, many experts would likely agree that the Heat have outperformed their expectations for the season.

However, based on Butler’s words, it appears the goals for this season are far greater than simply making some noise in the postseason.

Butler wants to win a championship now. Only time will tell if he’ll be able to do it.