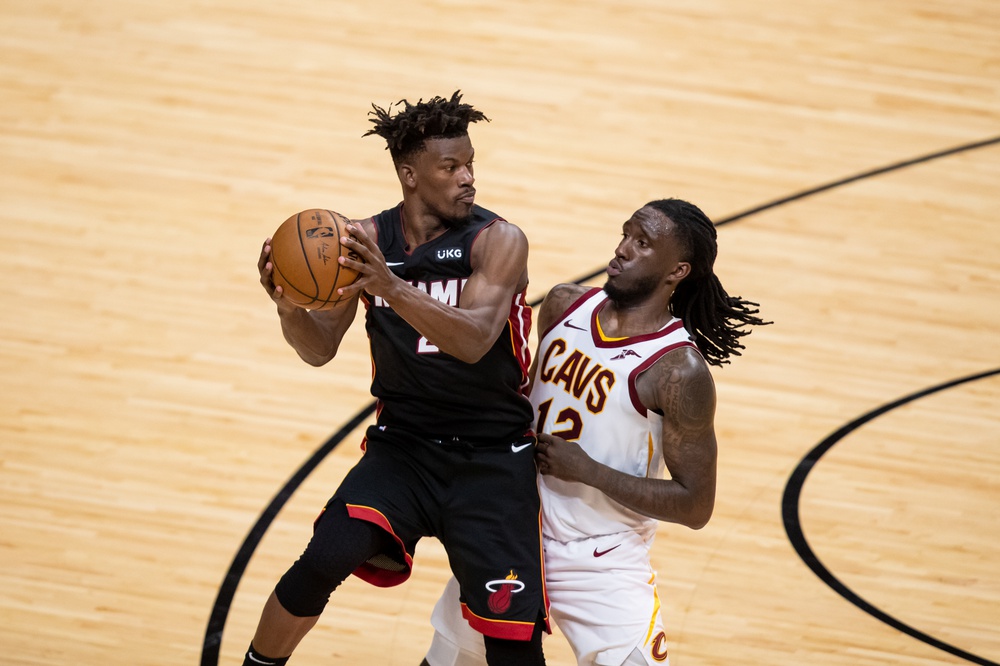 Miami Heat superstar Jimmy Butler is one of the league’s toughest players, but there is one spot in his life that he considers himself a “softy.”

That spot happens to be a person, Butler’s daughter Rylee.

“A softy,” the elder Butler told Ocean Drive’s Paige Mastrandrea when asked about his daughter. “I’m a total softy when it comes to her—I hate to admit it, but it’s the truth. She’s everything to me. I’m like, ‘Whatever you want, Baby, just please don’t cry. I can’t handle it.’ Little girls do that to you.”

The elder Butler’s daughter actually interrupted his interview with Mastrandrea, as she drove into the room in her toy car.

However, the elder Butler explained just how much she means to him.

“This little girl—she’s everything to me,” the elder Butler said. “Being a new father also helps me connect with children on a deeper level. I let her pretend she’s driving in one of these cars; I put her in the driver’s seat—there you go, parenting 101!”

As the elder Butler and the Heat continue to gear up for another playoff run, fans will likely get to see the fierce competitor that led the Heat to last year’s NBA Finals in full effect.

However, it’s clear that when he’s off the court, the elder Butler has his daughter at the front of his mind.