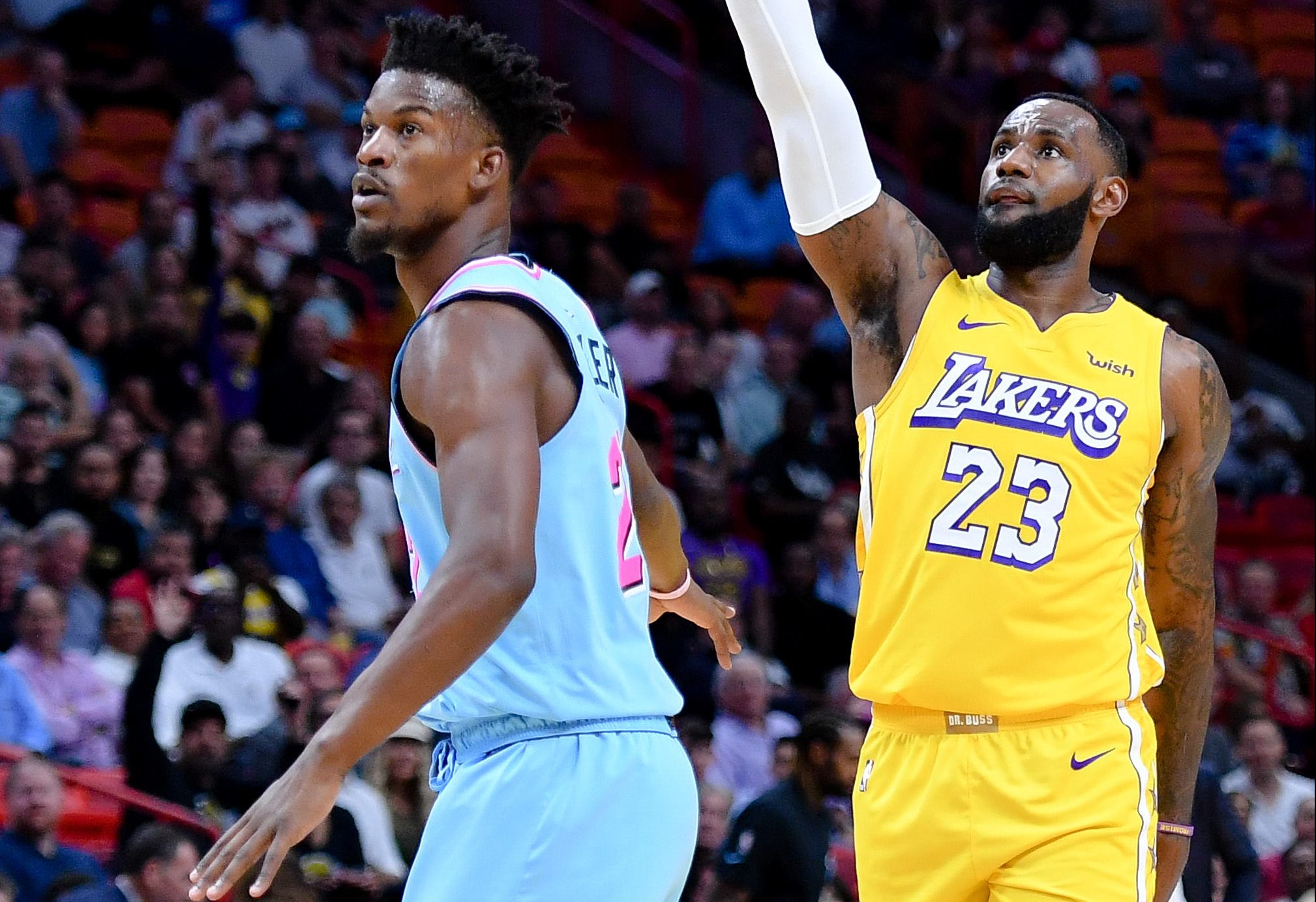 Miami Heat forward Jimmy Butler shared a list of the five toughest players he’s ever had to guard in a revealing piece that he wrote for The Players’ Tribune.

He dropped very familiar names that even casual fans will recognize.

Butler didn’t rank the players in order of how difficult it is to guard them. However, the Marquette University alum hints that one of them may be the toughest of all the players he has ever guarded in the league.

“He’s still the best all-around player in the league,” Butler said about the four-time MVP. “He literally does everything well. He can shoot. Pass. Attack the rim. Defend. You need a bucket? LeBron’s got you. You need a rebound, a steal or a block? He’s got you. Whatever you need, whenever you need it.

“He’s so shifty and crafty with his dribble, like he’s got the ball on a string,” Butler observed. “Crossover, behind-the-back, spin move, going right, going left — however he needs to do it, he always gets where he wants to go. And he’s so precise that you would think he practices all these different combinations of dribble moves. But he’s really just making it up as he goes along. It’s stupid.”

“KD is a legit offensive weapon,” Butler said. “To shoot like he can and also have the speed to run the floor, handles like a point guard and the athleticism to finish at the rim … and do it all at seven [feet]?

“He has the ultimate green light, too, and he doesn’t abuse it,” Butler explained. “He’s not out there just jacking up shots. He’s super calculated. Sometimes he barely even crosses half-court and pulls it. And for anybody else in the league, that’s a bad shot.

“Throw in the fact that if you try to press up on him and contest his shot, he has the ability to blow by you and get to the rim, or to distribute the ball and get his teammates involved?”

“He’s one of those guys you game plan for,” Butler shared. “Like you go into the game saying, ‘We’re not gonna let James drop 40 on us.’

“That’s the mark of an unstoppable player.

“I think if you asked multiple people who the most unstoppable player in the league is right now, it would be a toss-up between a healthy KD and James.

Two prominent players that Butler didn’t mention are Giannis Antetokounmpo and Kawhi Leonard. Both are among the league’s best and are considered two of the top two-way players in the game, just like Butler.

It remains to be seen how Antetokounmpo and Leonard will respond to the apparent snub from the Heat star.

Nevertheless, it’s hard to argue with Butler’s list especially since many players in the league would likely agree with his picks.