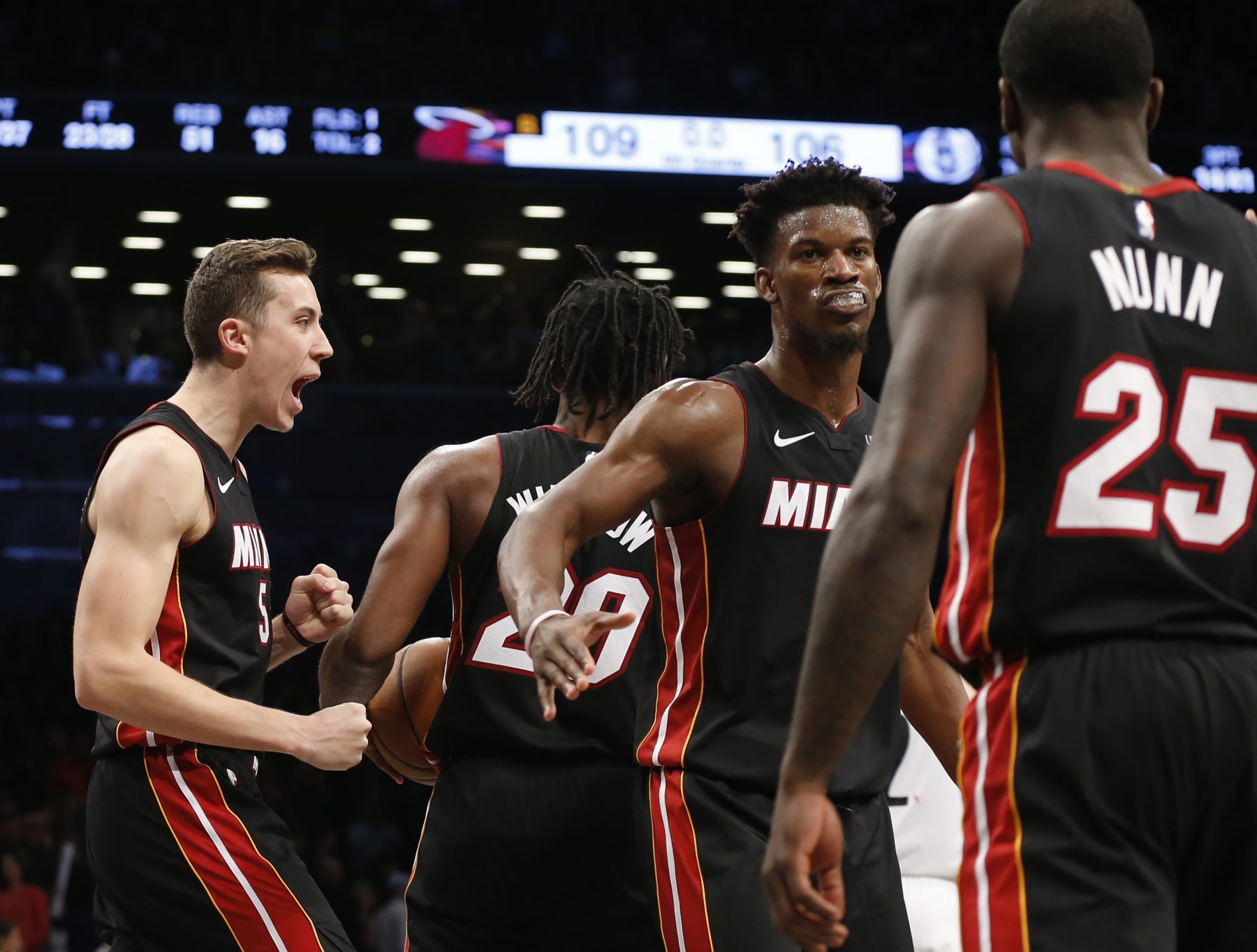 The Miami Heat are famous for finding unheralded talent and developing youngsters into successful NBA players.

In fact, much of the team’s success this season has come from the Heat’s ability to do just that. Newcomer Jimmy Butler raved about the franchise’s uncanny ability to identify these players and help them enhance their games.

Butler spoke primarily in reference to rookie Tyler Herro, but the former first-round pick is far from the only Heat youngster to turn heads this season.

“I think this organization has a way of raising players, of finding diamonds in the rough,’’ Butler said. “They’re absolutely incredible at that. They’re turning [Herro] into a real player. Everyone knows he has the talent, that mental edge about him, but teaching him how to work every single day, that organization is perfect for him.”

Butler, 30, was also a diamond in the rough.

The Chicago Bulls selected the forward with the No. 30 pick in the 2011 NBA Draft. A few years into his career, Butler blossomed into a star before helping lead multiple franchises, such as the Minnesota Timberwolves and Philadelphia 76ers, to the playoffs.

Having gone through the full developmental process himself, the Heat alpha likes what he sees in his teammates’ growth. Two of the Heat’s rookies, Herro and Kendrick Nunn, have been absolute gems this season.

Herro, 19, was the No. 13 pick in the 2019 NBA Draft. While the Heat’s decision to draft the youngster was initially more criticized than celebrated, everyone has come along to love Herro. The shooting guard is putting up 14.5 points, 4.0 rebounds and 2.0 assists per game this season.

Nunn, the Heat’s other star rookie, has been one of the best first-year players in the league this season. The undrafted 24-year-old is averaging 15.3 points, 3.4 assists and 2.5 rebounds per contest.

The Heat take on the Atlanta Hawks on Tuesday.