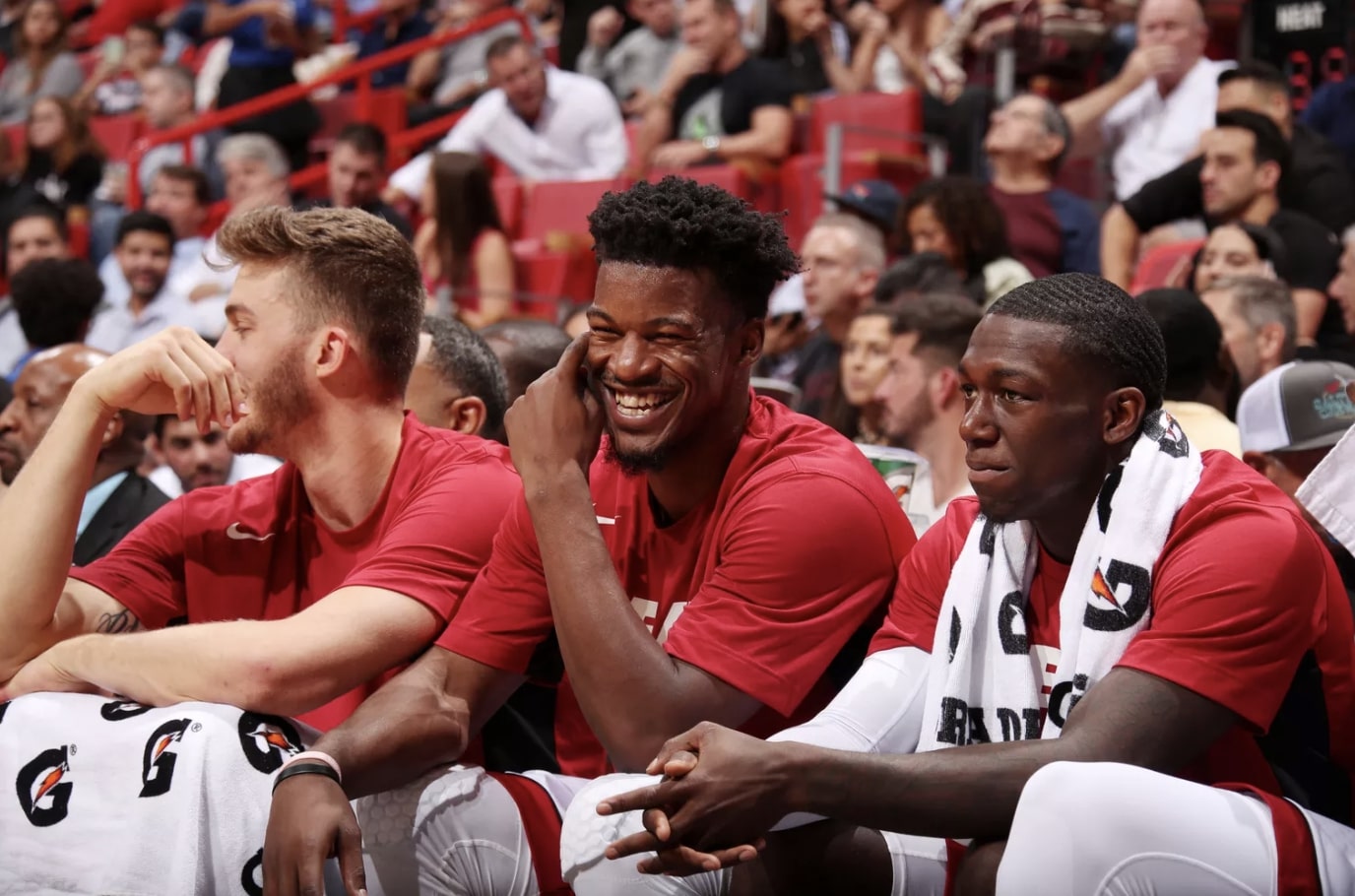 The Miami Heat haven enjoyed a lot of positive surprises so far this season, but no surprise has been greater than the ascension of rookie Kendrick Nunn.

Nunn, who entered the NBA as an undrafted free agent, is currently averaging 19.5 points, 3.0 assists and 2.2 rebounds per game.

Per star teammate Jimmy Butler, Nunn and Butler share many of the same qualities. Butler also mentioned youngsters Tyler Herro and Duncan Robinson while discussing the many talented youngsters in Miami.

“Look at the mother—–r K-Nunn,” Butler told Chris Haynes of Yahoo! Sports. “Look at him. He’s got so much of me in him that it’s scary because his confidence continues to grow. The same thing with our rook Tyler Herro and [second-year player] Duncan. Come on, man. Just because you don’t know these guys like that, don’t make the mistake of looking past them. They’re going to make sure you do know them pretty, pretty soon.”

The Heat are off to a blistering 5-1 start to the 2019-20 campaign and Nunn has played a huge role in that success. That’s especially true considering the fact that Butler, the team’s blockbuster offseason acquisition, missed the first three games of the season due to the birth of his daughter.

With a three-game Western Conference road trip on the horizon, Butler, Nunn and the rest of the Heat roster will get the chance to test their mettle against title contenders like the Denver Nuggets and Los Angeles Lakers.

If the Heat keep winning against that kind of competition, there is no doubt that the rest of the NBA will surely start to consider the Heat amongst the best teams in the league.