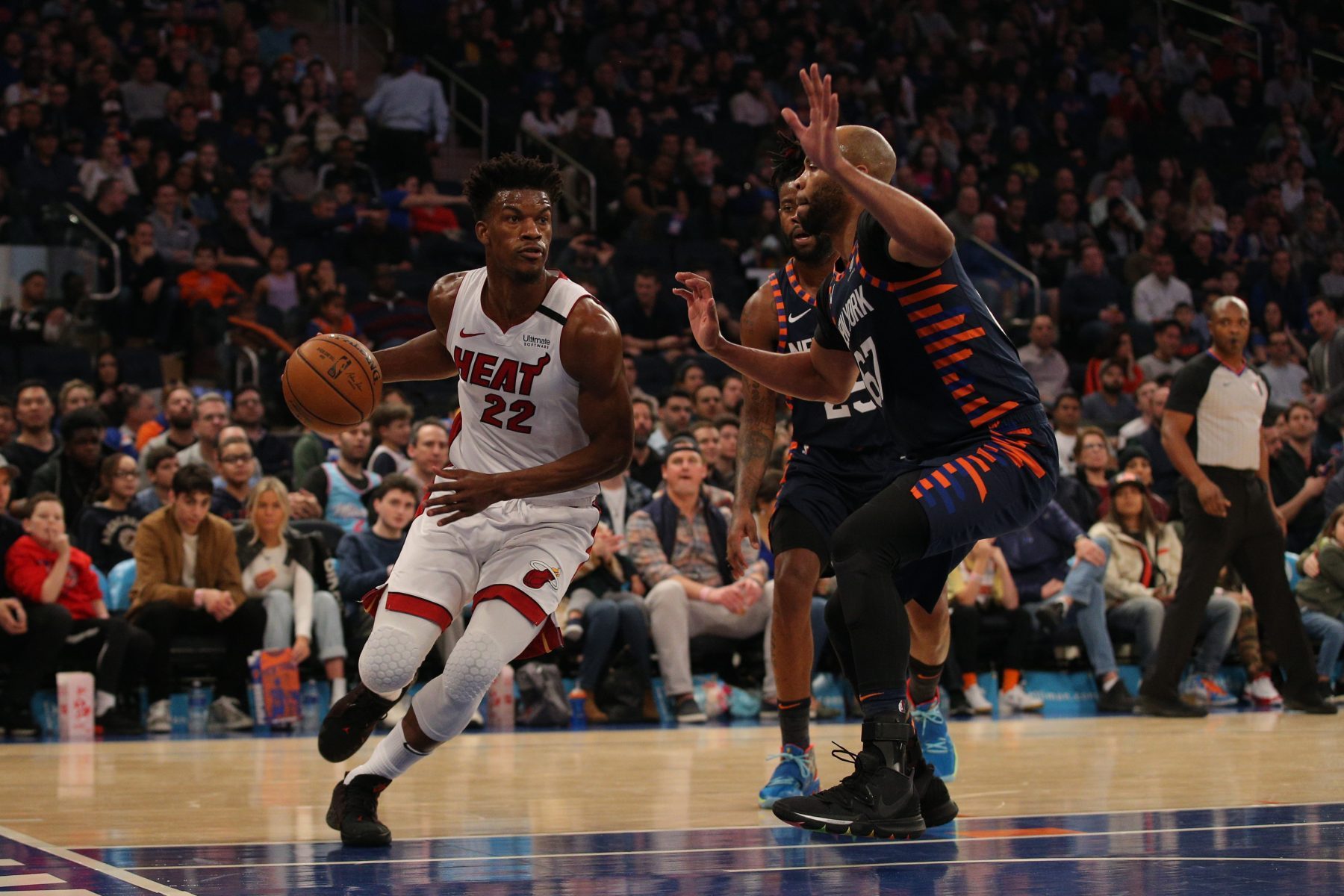 The Miami Heat‘s New York road trip ended in disappoint as they lost consecutive games for the first time this season.

They also allowed an average of 120.5 points through both losses.

The team’s defensive performance had Heat star Jimmy Butler frustrated and looking for answers on how to turn things around.

“We should be winning these games,” Butler said in a measured, stoic tone. “So leadership or not, I’ve got to figure out a way to help us win.”

Teammate Meyers Leonard suggested that lack of communication may be to blame for the Heat’s reeling defense. Butler refuted that notion, saying that the team should put in more effort, especially in regards to 50-50 balls.

“It’s all about effort, man,” Butler added. “You can yell and talk all you want; communicating is not going to make you guard anybody. You’ve got to want to do it. You’ve got to play harder.

“When the ball is in the air or on the floor, we’ve got to be the ones to get it. That’s who we are. Communication? Maybe it could be a little bit better, but we’ve got to man up and guard.”

Butler also spoke about accountability and covering for each other on the defensive end.

“If somebody is beat — it does happen, this is the best league in the world — you got to be there,” he said of the Heat’s defensive tenets. “But a lot of the times, you’ve just got to man up and then you just got to stay in front of the ball. But it’s a little bit of both.

“A lot more effort has to go into it. A lot more want-to — you’ve got to take it personal when somebody scores on you.”

Even as he called his team out, Butler assured that he will do his part in fixing their defensive struggles.