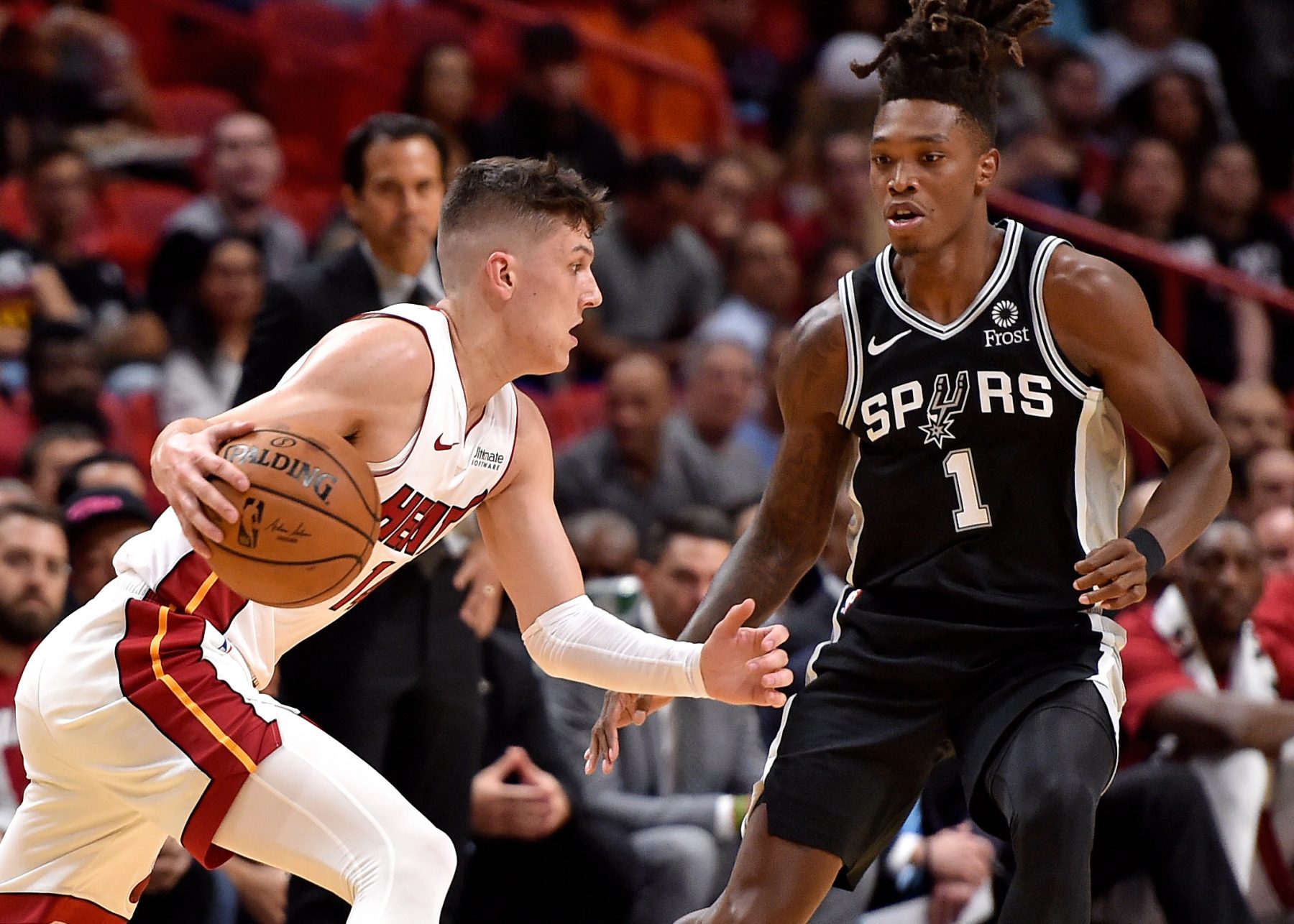 The Miami Heat appear to have a future star on their hands after rookie Tyler Herro led the Heat in scoring during their first preseason game of the 2019-20 season.

If you ask Jimmy Butler, he believes that Herro’s time to shine is coming soon.

Miami rolled over the San Antonio Spurs with a 107-89 win on Tuesday with Herro showing the stuff that made him a lottery pick last June. Coming off the Heat bench, Herro scored a game-high 18 points on 7-of-13 shooting, including 2-of-5 from 3-point range. He added three rebounds, three assists, one steal and one block for a sensational all-around performance in only 24 minutes of playing time.

“Just come out with an open mind, learn as much as I can,” Herro said of his mindset heading into his first preseason appearance. “It’s my first NBA game, preseason game, so just be ready to go whenever my name is called.”

Perhaps Butler may have been trying to temper expectations for their prized rookie, but everyone who watched Herro’s performance came away impressed. If his game against the Spurs is any indication, Herro’s time to shine may come even sooner than Butler thinks.