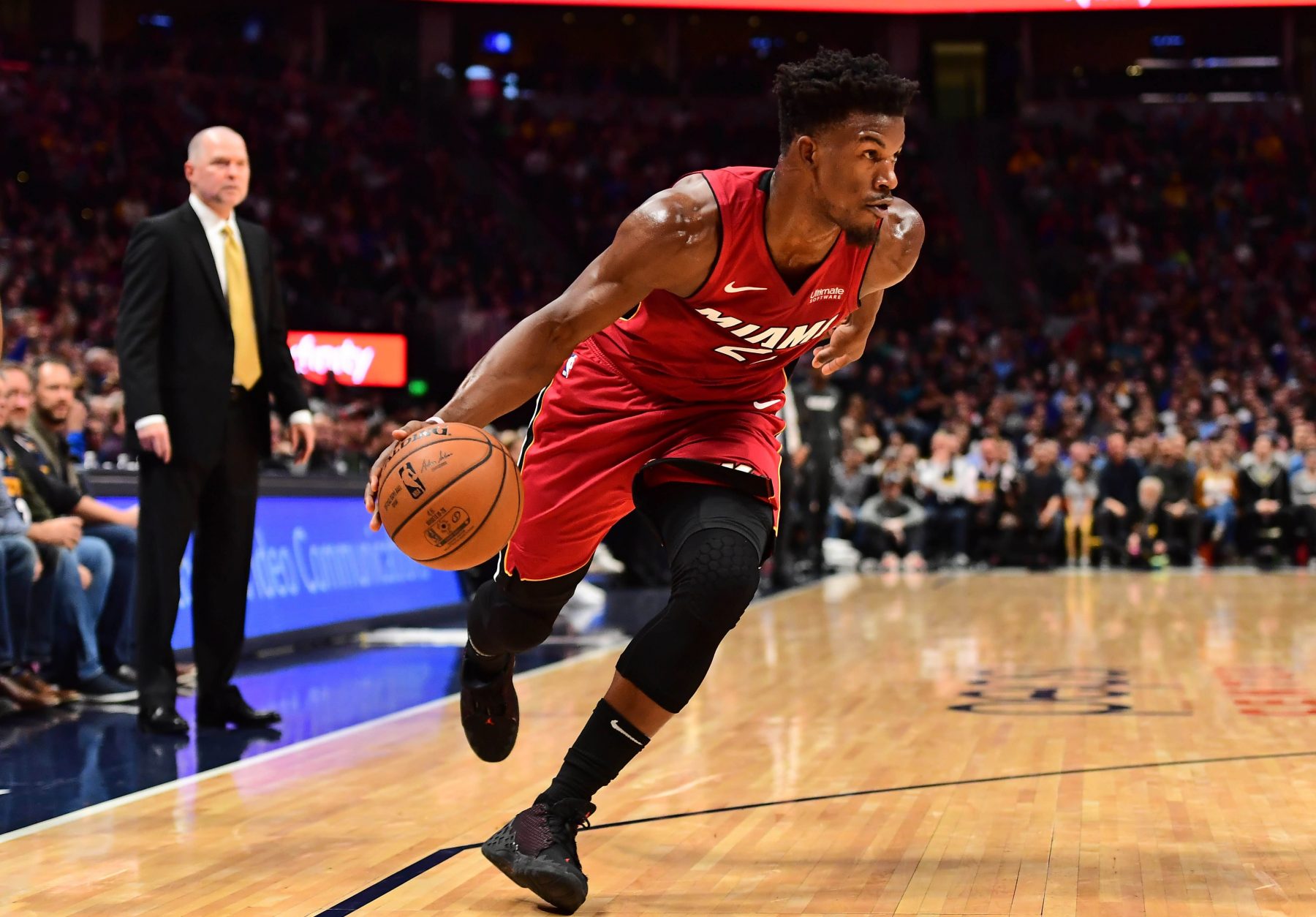 Miami Heat rookie revelation Kendrick Nunn was making most of his shots early this season, but he has hit a brick wall the past two games.

As the Heat’s star player, Jimmy Butler had some words of encouragement for the first-year player, who finished Tuesday night’s 109-89 road loss to the Denver Nuggets with just 11 points on 4-of-14 shooting from the field.

“How many games we have left?” Butler asked. “Seventy-five? I’m willing to make you a bet that it won’t be the last tough shooting night that he has. It’s part of the league. You can’t make shots every single night, but you can do other things to help your team win.

“I think he’ll figure that out very soon, along with everybody else.”

Nunn went undrafted in 2018 and was in the G League last season before he was signed by the Heat. He surprised everyone with a strong start to his rookie year, averaging 22.4 points per game on 51.8 percent shooting from the field and 48.4 percent from 3-point territory in his first five games.

In his last two games, however, the Oakland University product has only registered 8.0 points per contest on a woeful 25.0 percent shooting clip from the floor, including 23.1 percent from beyond the arc.

As a shooter, Nunn has to continue to be confident in order to regain his shooting touch from the first few games.

Butler, an eight-year veteran, understands that Nunn can’t force the issue, and that he has to be smart about his approach to adversity this early in his career.

“I think you pick your spots where you’re comfortable, where you’re going to be on the floor,” the four-time All-Star said. “The game is going to come to you. I just don’t think anybody in this locker room should press it. When you’re open, you shoot it; if you’re not, you’re going to pass it.”

Talking from experience, Butler has also been mired in a shooting slump in his first three games for the Heat. The Marquette University alum, who became a member of the Heat this past summer, is only dropping 15.0 points a night on a frigid 35.4 percent field-goal shooting. Despite that, he is contributing in other areas with career-highs of 7.0 rebounds, 6.5 assists and 3.8 steals per game.

Butler’s shooting is sure to improve as the season progresses and so will Nunn’s. The former is confident he’ll get better, but it’s something that the latter will ultimately discover for himself.