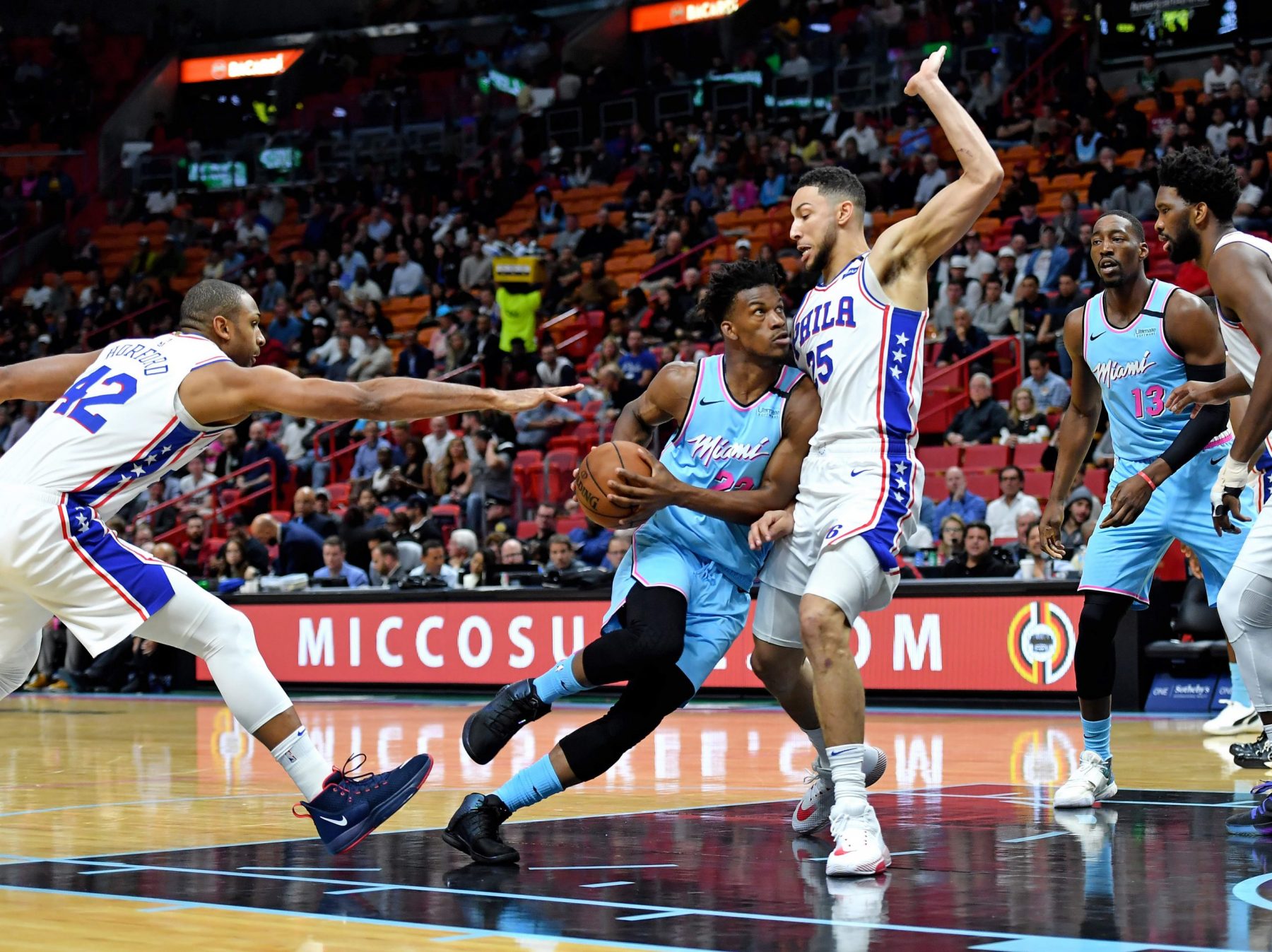 Miami Heat veteran Jimmy Butler only spent one season with the Philadelphia 76ers, but that brief period now has him reflecting on the absence of leadership he witnessed there.

Butler appeared on the podcast of former 76ers teammate J.J. Redick and bluntly spoke about the difficulty of playing with such uncertainty.

Despite that issue, Butler was able to lead the Sixers to the Eastern Conference semifinals, where they lost in seven games to the eventual NBA champion Toronto Raptors.

Yet, Butler also took issue with the 76ers’ decision to have him become the main ball-handler during the postseason, replacing point guard Ben Simmons.

Just prior to becoming a free agent last June, Butler was dealt to the Heat and has been one of the central components to the team’s success this season.

The Heat currently have a 41-23 record, fourth-best in the Eastern Conference, and are three games ahead of the 76ers.

That success has essentially eliminated any concern that Butler’s prickly personality would serve as a detriment to the team, a perception in his three previous NBA stops.

Instead, the Heat are hoping that his smooth transition into the organization will lead to a deep playoff run.