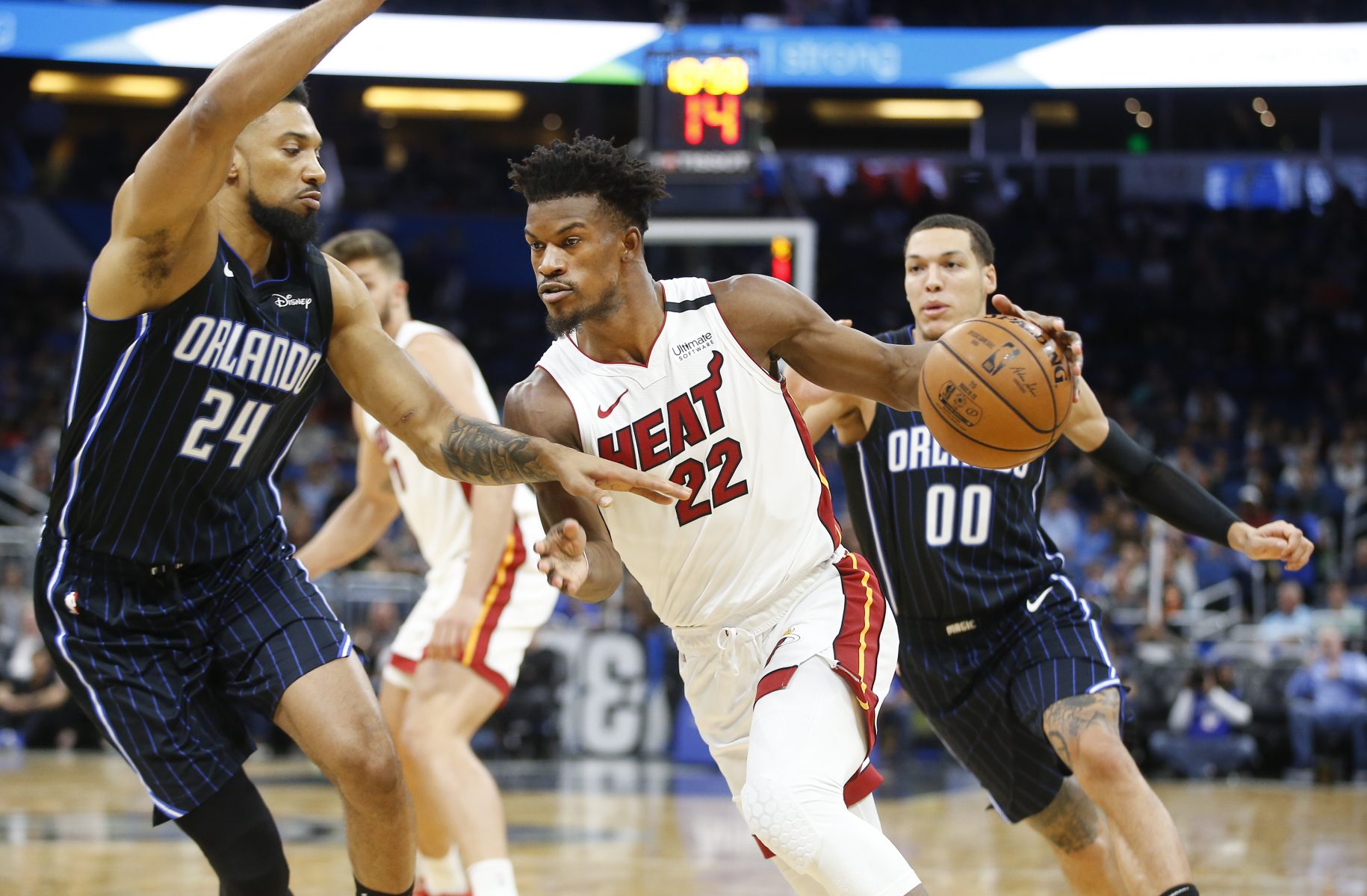 Miami Heat forward Jimmy Butler was critical of his team after suffering a 105-85 loss to the Orlando Magic on Friday night.

“Not offense,” Butler said in an interview via the Sun Sentinel. “I don’t think that will ever be our weak point in any game. We got to guard. I don’t think there’s any other way to say it.

Butler added that the back-to-back games (the Heat played against the Toronto Raptors the night before) had nothing to do with the Heat’s performance against the Magic.

“I think that whenever we’re making shots, we’re happy. We’re celebrating. We’re rah-rah-ing,” Butler said. “That’s not who we are because we gotta be able to rely on defense. I think UD (Udonis Haslem) says it the best, ‘That’s some frontrunning s—.’ Whenever you’re making shots and you get to celebrate, and then you’re up and you go down there and you get a stop.

“I didn’t see no celebrating nor any of that tonight. I saw a lot of low energy. Not doing what we’re supposed to be doing. Frowns, not competing and it’s all because we didn’t make shots.”

Though Butler was quick to point out that it was their defense that didn’t carry them through, the Heat’s offense wasn’t up to par as well. They shot a horrendous 7-of-37 from three-point range (18.9 percent) and 30-of-80 (37.5 percent) from the field overall.

The four-time All-Star did his part to try to keep the game from getting out of hand, but to no avail.

He scored 23 points with 10 rebounds, seven assists and three steals. He did, however, turn the ball over a game-high six times.