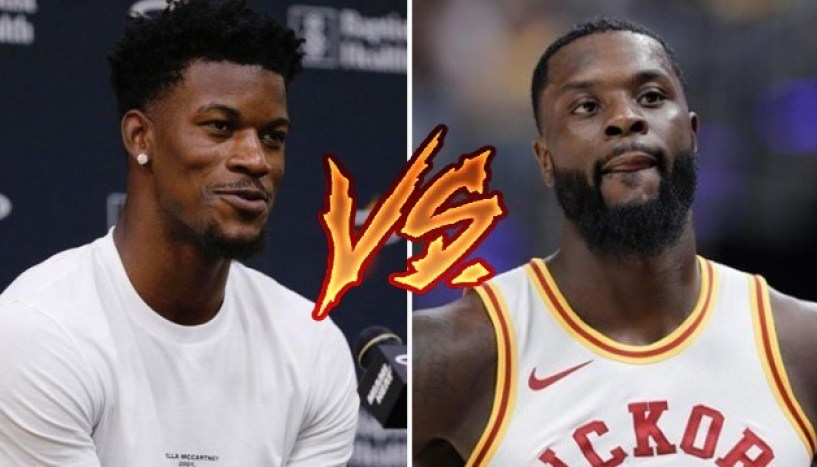 Miami Heat forward Jimmy Butler, and former NBA player Lance Stephenson have been throwing jabs at each other through the media.

Butler recently made comments about Stephenson in an interview on Vince Carter’s Winging It podcast.

Butler stated that he knew he could make it in the NBA if a player like Stephenson could.

Stephenson, who now plays for the Liaoning Flying Leopards of the Chinese Basketball Association, responded to Butler’s comments on his Twitter account.

Idk how to take that comment by @jimmybutler ??‍♂️. That boy look up to me don’t downgrade talent I motivate you to work hard and get in that gym. You love my game don’t be scared to say it.

After initially attempting to blow off the tweet, Butler eventually responded to the Stephenson by challenging him.

“I’m not worried about him,” Butler said. “They asked me a question, I answered the question. Take it for how you want to take it. If he wants a one-on-one battle, I’m all for it. I don’t think at this point, this is just me being honest, right now, me in my career, he in his, he’s not better than me. So, I’m willing to play one-on-one if that’s what, I don’t know, he wants to see, the world wants to see, whatever.

“I’m not intimidated by his tweet. I don’t think it was so much personal, that’s just how I thought back then. I don’t think the same way now, only because I know that I’m a better player.”

Butler has started the season averaging 14.7 points, 7.3 assists, and 7.0 rebounds for the Heat and has played in three of Miami’s six games.