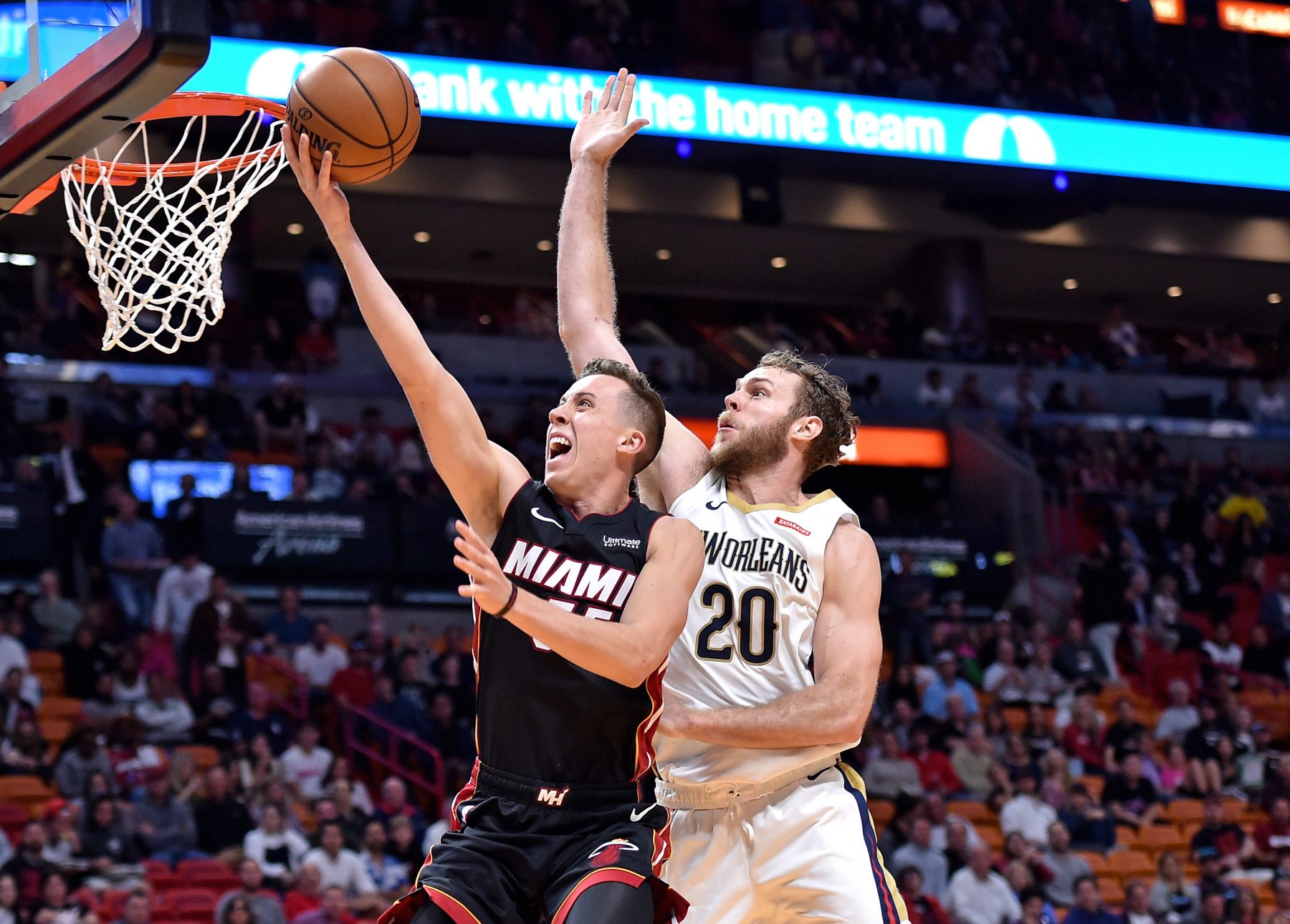 The Miami Heat have enjoyed the efforts of a number of surprise contributors so far this season.

One of them is 25-year-old Duncan Robinson, who has shined in additional usage due to injuries on the roster.

So far this season, Robinson is averaging 9.7 points and 2.4 rebounds per game. He has finished each of the last three games with double-digit point totals and notched a season-high 23 points in a blowout win over the Houston Rockets earlier this month.

Prior to the season, Robinson was not predicted to be a key contributor in Miami’s lineup. When a number of players went down with injury, however, it opened the door for him to make his mark. Now, Robinson has seven starts under his belt this season.

Going forward, it will be interesting to see what kind of role Robinson enjoys once the likes of Justise Winslow and Derrick Jones Jr. return from injury. Per Robinson, he’s ready to do whatever the team asks of him.

“It’s been great,” Robinson said after practice. “I just try to make the most of my opportunities, whatever this team needs me to do. It’s been a collective effort. I think we kind of fit well.”

With Robinson continuing to produce night in and night out, and Butler clearly enjoying playing alongside him, Heat head coach Erik Spoelstra may have no choice but to keep giving Robinson ample minutes.