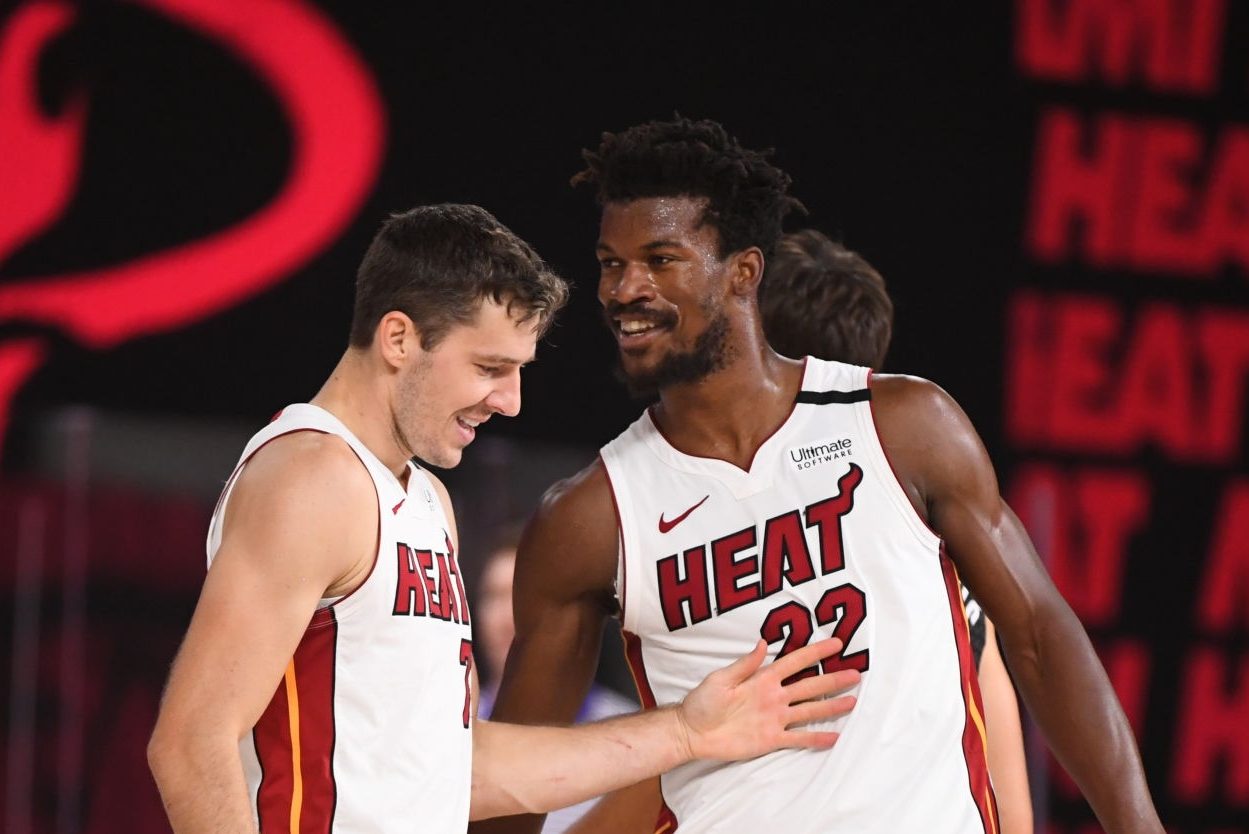 After four months of being away from NBA action, the Miami Heat participated in a scrimmage against the Sacramento Kings on Wednesday.

The unique exhibition inside the Orlando, Fla. bubble was considered a home game for the Heat. However, Heat alpha Jimmy Butler barely noticed during the contest.

“I really and truly was not paying attention,” Butler said when asked if he noticed the home-team branding. “I was really locked in on the game, and trying to remind my teammates that this isn’t going to be normal.

On the other hand, Heat point guard Goran Dragic felt the difference without fans.

“It’s different with no fans,” Dragic said. “So we could hear everybody talking. It’s going to be interesting. But we know what we need to do on the court.”

Butler and Dragic only played in the first half of the contest. However, they both made their impacts.

The 30-year-old Butler posted nine points, three rebounds and two assists. As for Dragic, he put up 11 points and two rebounds.

The Heat, along with the rest of the teams in the bubble, will have to get used to competing without fans. Teams are doing different things to make home games feel more comfortable.

Regardless, the Heat are focused on winning a championship. They hold the No. 4 seed in the Eastern Conference.

The Heat officially commence the resumption of their 2019-20 season against the Denver Nuggets on Aug. 1.