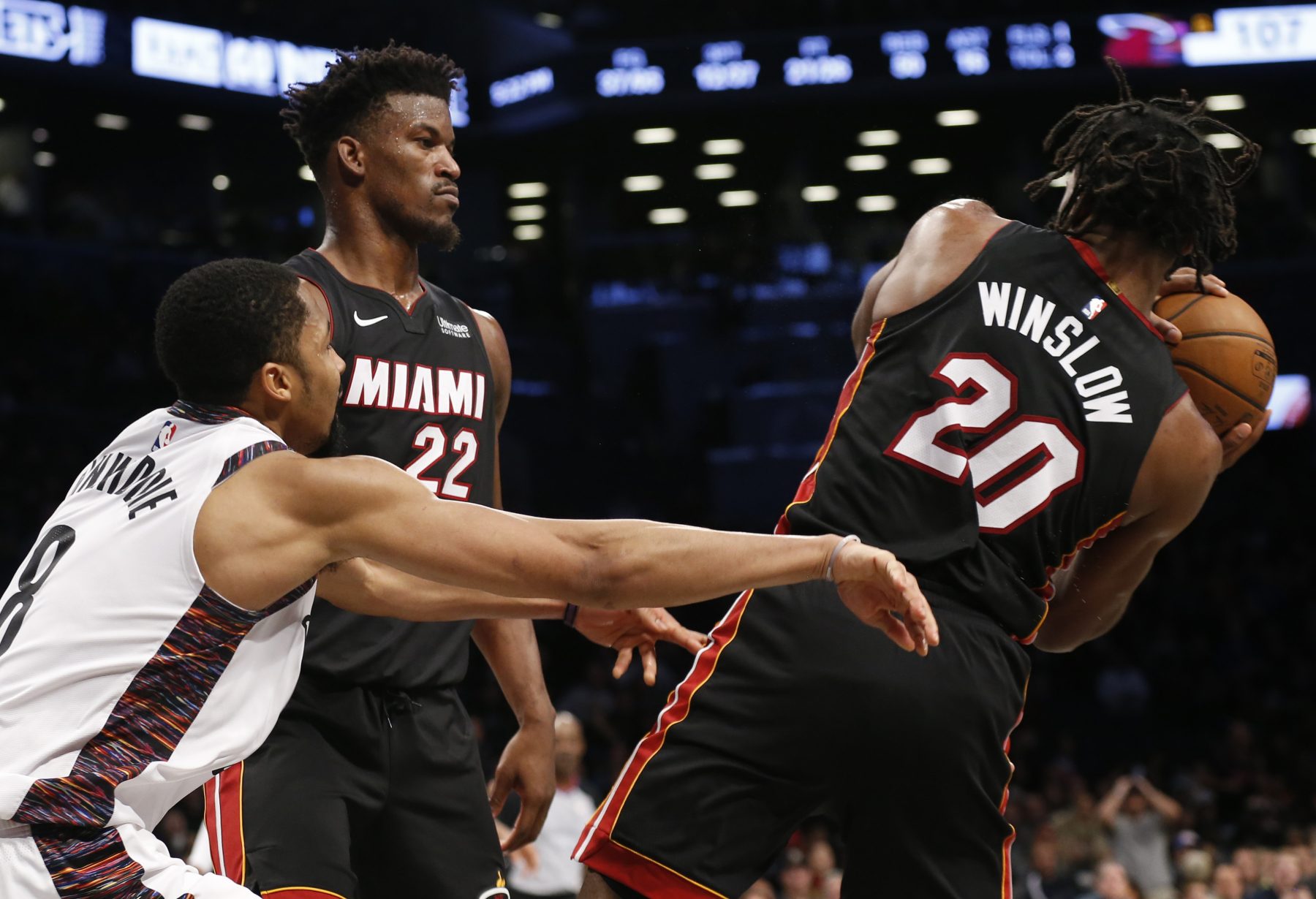 Justise Winslow is back in the Miami Heat lineup after missing much of November with a concussion.

Following a clutch performance in Sunday’s win over the Brooklyn Nets, in which Winslow played lockdown defense and hit a couple of big free throws to give his team a cushion, teammate Jimmy Butler and head coach Erik Spoelstra offered meaningful praise.

“We don’t care how many shots you make,” Butler said. “I don’t want him to be concentrated on that because at the end of the day he does so many things right on both ends of the floor. He gets guys involved in rebounds. He’s in the passing lane. Obviously, he can score. But he was everywhere on defense. Just like Bam (Adebayo) is. When you got both of those guys out there, good things tend to happen.”

Spoelstra echoed his star player, remarking on how versatile Winslow proved to be in the game.

“He did about 20 different things in the second half to impose his will on the game, and the clutch free throws just sealed it,” he said. “He did a lot of things that just don’t show up in the box score defensively. When they were really exposing us off the dribble in the first half, Justise was able to kind of shut that down, and when they were trying to take on mismatches, he was able to blow those up and switch out.”

Winslow came off the bench in Sunday’s game, but ended up playing 30 minutes. That’s certainly due in part to what he was offering on the court. As Spoelstra indicated, Winslow did a lot that did not end up on the box score.

Still, Winslow’s numbers were solid in the game. He finished the night with 10 points, five rebounds and three assists.

The Heat have been shorthanded for much the season due to a number of injuries and a few player suspensions.

With Winslow back in the lineup, the 14-5 Heat are sure to be even stronger from this point forward.